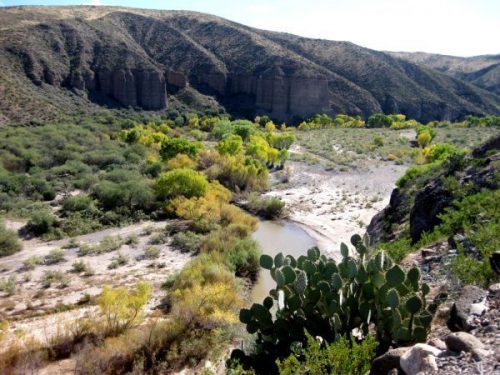 This week, Advocates for the West filed a settlement agreement sending the Bureau of Land Management back to its planning desk to reconsider the impacts of livestock grazing on the San Pedro Riparian National Conservation Area (NCA)—a free-flowing river oasis in southeastern Arizona.

The court-approved settlement compels the Bureau to reconsider the compatibility of grazing authorizations on four allotments within the San Pedro Riparian NCA within 8 months; to evaluate whether livestock grazing is actually ‘conserving, protecting, and enhancing’ the values the designation is meant to protect; to examine impacts to numerous sensitive and endangered species, including the Huachuca water umbel, southwestern willow flycatcher, desert pupfish, Gila topminnow, northern Mexican gartersnake, yellow-billed cuckoo, and Arizona eryngo; and to take action to address ongoing trespass and unauthorized livestock use in the areas that are closed to grazing.

“In 1988 Congress required the Bureau to manage the San Pedro Riparian National Conservation Area to ‘conserve, protect, and enhance’ the conservation values of the area.  Since that time, the Bureau has manufactured every excuse to justify continued grazing within this national treasure,” said Todd Tucci, Senior Attorney for Advocates for the West. “We are pleased the Bureau has finally agreed to take a hard look at the impacts of grazing within the San Pedro.”

“No one visits the San Pedro Riparian NCA to see cow pies, trampled vegetation, muddy waters, and ruined wildlife habitats,” said Greta Anderson, deputy director of Western Watersheds Project. “The Bureau needs to reconsider its priorities and truly ‘conserve, protect, and enhance’ the area, as it is directed to do by law. Continued livestock use is incompatible with that direction.”

“While this settlement won’t end Bureau employees’ fear of local rancher violence, it will hopefully serve as the beginning of the end of permitted grazing on the San Pedro River,” said Robin Silver, Center for Biological Diversity Co-founder and Board Member. “There is no place for riparian cow grazing in the desert Southwest, especially along the San Pedro where the ‘Riparian National Conservation Area’ was created to protect riparian values.”

“The San Pedro Riparian National Conservation Area was established to protect the ecological values of this amazing place and to ensure that the diversity of plants and animals thrive,” said Sandy Bahr, Director for Sierra Club’s Grand Canyon Chapter. “Our rivers and riparian areas are too precious and rare to be sacrificed to the desires of the livestock industry. This settlement helps to put the Bureau of Land Management on track for doing what it is mandated to do to protect the San Pedro NCA.”

The settlement resolves our litigation, filed in April 2020, over the failure of the 2019 Resource Management Plan’s decisions with regard to allowing livestock grazing in the NCA.

When the San Pedro Riparian NCA was established in 1988, the Bureau recognized that livestock grazing was having a significant negative impact on the river, plants, and wildlife, and it prohibited livestock use on the newly protected lands. However, since that time, four grazing allotments were inappropriately added to the NCA, and the Bureau has been approving lease renewals without any environmental analysis. In 2019, the Bureau’s new management plan tried to enshrine this problematic additional grazing, and conservation groups took them to court.

The San Pedro Riparian NCA contains lands that are the ancestral homelands of the Chiricahua Apache, Opata, O’Odham, Hohokam, and Sabaipuri people, and the area contains important cultural sites.