Who Will Save our Wild Salmon and Steelhead? 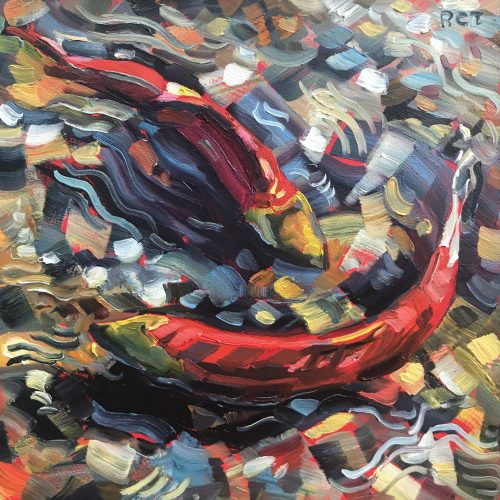 Southern Resident Killer Whales are on the brink of extinction. Idaho’s sockeye salmon are on life support. The Clearwater River’s once famous wild B-run steelhead population is in a state of collapse. These are data-based facts, and anyone who denies them is ill informed, unable to accept reality, or running for re-election to Congress in eastern Washington’s 5th district.

In 1880 an estimated 35,000 sockeye salmon returned to Idaho’s Redfish Lake. In 2017 that number was 162. In 1962 the Idaho Department of Fish and Game counted 43,196 wild B-run steelhead crossing the old Lewiston Dam on the Clearwater River. Last year fewer than 500 wild B-run fish entered the Clearwater. The population of Southern Resident Killer Whales is now 75, and many are starving for lack of their principal food source, Chinook salmon. Fish biologists estimate that the Snake River and its tributaries once supplied over half of the millions of Chinook salmon produced in the Columbia River basin. Despite containing some of the most pristine, habitat in the nation, today the Snake River basin’s contribution is around 15%.

The federal partners responsible for this sad reality will not fix these problems. These agencies are principal supporters of the status quo. They have spent billions (yes, Billions) of taxpayer and ratepayer dollars on failed fish recovery projects, have defended for twenty years Biological Opinions repeatedly declared illegal by three federal judges, and have proposed 50-100-year fish recovery plans, the latest of which astonishingly states the plan will not achieve recovery.

Most fish biologists agree that Snake River threatened and endangered salmon and steelhead cannot recover while the lower Snake River dams remain in place. The federal hydro system (dams and reservoirs) account for over 50% of migrating juvenile fish loss, which makes impossible the achievement of a smolt-to-adult return ratio (SAR) of 2%-6%, the level required for recovery. A 1% SAR is needed to avoid extinction. Over the past twenty years, SAR levels for most Snake River salmonid species have hovered around .80% — a clear path to extinction.

Can anything or anyone save our wild Snake River salmon and steelhead? Consider three possibilities.

First, Southern Resident Killer Whales may save our wild salmon. J-35, the grieving orca mother that carried her dead calf for seventeen days through the Salish Sea, has sent a message to the world— and particularly to the citizens of Puget Sound, the dominant political force in the state of Washington. With just 75 of these animals remaining and with no surviving calves in the last three years, the southern resident orcas’ survival depends on greatly increasing the availability of Chinook salmon.

Second, California solar energy might save our wild salmon. Bonneville Power Administration is the federal agency that controls the Columbia/Snake hydro system and is responsible for financing major salmon recovery efforts. For years BPA was able to sell its surplus power, mostly to California, at a price around $60/Megawatt hour (MWh). Since 2008, increases in wind and solar power and cheap natural gas prices have created a growing surplus of power now selling on the open market for around $20/MWh, which has driven BPA to the edge of a fiscal cliff. In response, BPA over the past ten years raised the price it charges its contracted customers (mostly public utility districts) by 30%, spent down its reserves from $917 million to $5 million, and is $15 billion in debt.

All power produced by the LSRDs is surplus power. BPA has not required any LSRD power to meet contracted customer load demands for the past nine years. Wind and solar energy continue their rapid expansion, particularly in California. BPA’s strategic plan to get itself out of its financial mess calls for selling more surplus energy for prices below the cost of production in a rapidly declining market with falling prices—a questionable business strategy. Just BPA’s fish mitigation costs attributable to the LSRDs exceed $100 million each year.

Finally, the surest path to saving Snake River wild salmon and steelhead—as well as the quality of the Clearwater River ecosystem—could be citizen outrage.

Are you outraged that Southern Resident Killer Whales and the Clearwater River’s wild B-run steelhead are approaching extinction? As a taxpayer, are you outraged that since 2005 the Corps of Engineers has spent over $30 million addressing sediment management in the Lower Granite pool, principally for the benefit of a private corporation that ships wheat from its own property over its own docks? Are you outraged that taxpayers subsidize every barge load of wheat that leaves Idaho by over $25,000? If you are an electrical ratepayer, are you outraged that BPA charges your public utility district nearly twice as much for electricity as the price it charges California customers? Are you outraged at the skewed information and lack of facts that come from pro-LSRD agencies, politicians and special interest propaganda machines?

Concern without anger is insufficient to save our wild Snake River salmon and steelhead and the Southern Resident Killer Whales. Anger without outrage belittles the truth. Outrage without action is a sure path to species extinction.

Find more details of BPA’s financial crisis and the potential impact on the LSRDs in two recent reports available at Bonneville Power May 2018 and Bonneville Power and the Lower Snake River Dams.

Linwood Laughy moved with his family to Lewiston, Idaho in 1948 and has spent much of his life in the upper Clearwater Valley. He currently serves as the President of the Board of Directors of Advocates for the West. Lin and his wife, Borg Hendrickson, recently moved to Moscow.