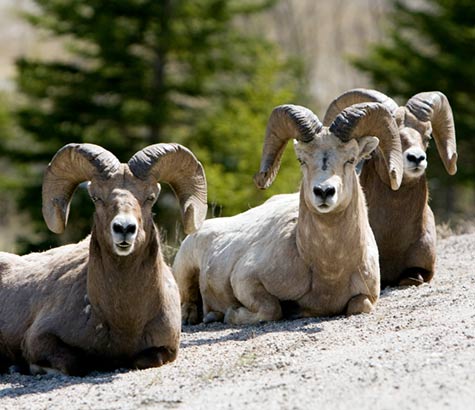 April 16, 2021 — A federal ruled in favor of Advocates for the West and against the reauthorization and expansion of domestic sheep grazing in and around the US Sheep Experiment Station in Idaho’s Centennial Mountains on the Idaho-Montana border. With this decision, the Sheep Station is not permitted to graze sheep on the summer pastures in the Centennials. The mountains are considered an important connectivity corridor for grizzly bears, wolves and other wildlife. Grazing also will not be permitted on the Forest Service’s Meyers Creek allotment or the Snakey-Kelly allotments, thus limiting any grazing to only the Sheep Station’s Headquarters and the Mud Lake feedlot.

December 23, 2019 — Advocates for the West filed a motion for summary judgment in this case, accompanied by seven declarations from scientific experts and witnesses in support of our case.

February 20, 2019 – Advocates for the West filed suit on behalf of Center for Biological Diversity, Western Watersheds Project and WildEarth Guardians in our latest federal lawsuit challenging the U.S. Department of Agriculture’s Sheep Experiment Station (“Sheep Station”) for reauthorizing domestic sheep grazing in and around the Centennial Mountains in spite of the threat it poses to bighorn sheep, Yellowstone grizzly bears, sage-grouse and other wildlife species.

This latest case challenges the Sheep Station’s July 2018 decision to continue grazing domestic sheep in sensitive wildlife habitats, despite an insufficient environmental analysis that disregards the high risk of disease transmission domestic sheep pose to wild bighorns. Domestic sheep carry a pathogen that is easily transmitted to wild bighorn and results in the decimation of bighorn herds. The Idaho federal court recognized this risk in 2017 in our prior litigation, which prompted the closure of two Sheep Station grazing allotments due to the high risk of disease transmission to the South Beaverhead wild bighorn sheep herd.

The Sheep Station also failed to acknowledge the likely adverse impacts of allowing sheep grazing within grizzly bear habitat. In 2012, a male grizzly was illegally killed on Sheep Experiment Station grazing lands, and its radio-collar was found stuffed under a log in a stream bed. Grizzly bears were put back on the Endangered Species list in 2018 under court order.