When you support this cause, you help us continue our long-fought efforts to preserve what remains of the Sagebrush Sea to save sage-grouse and many other sensitive species. 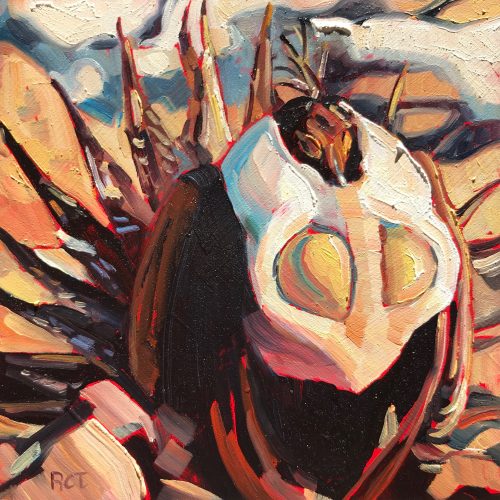 Sage-grouse are the animated ambassadors of the Sagebrush Sea—the vast, high desert ecosystem that supports an estimated 350 species of native fish, wildlife and plant species in the West. The Sagebrush Sea is considered one of the most imperiled ecosystems in North America.

Sage-grouse is an “indicator” species for the high desert of the American West. The health of this bird affects every other species reliant on the same ecosystem, including pygmy rabbits, falcons, mule deer, pronghorn, elk, and redband trout, and over 180 migratory and resident bird species. Once numbering in the millions, sage-grouse populations have declined by over 90% due to degradation of the Sagebrush Sea caused by grazing and agriculture, oil and gas exploration, mining, habitat fragmentation, and invasive weeds.

Since our founding in 2003, Advocates for the West has been a leading voice for sage-grouse.  Our work helped launch this imperiled species to the forefront of the national sagebrush habitat protection movement.

Click here to learn more about our work to protect sage-grouse.

$100.00
Note: Jon Marvel got us interested in Sage Grouse decades ago.