A Lesson on Human-Carnivore Conflict Resolution

By Mia Montoya Hammersley, Healthy Communities Legal Fellow at Earthjustice and 2016 Summer Law Clerk for Advocates for the West

Before attending law school, I completed my undergraduate studies at Franklin University Switzerland, a small international liberal arts school located in the heart of the Southern Alps. When friends and colleagues learn of my time abroad, many asked me why I chose to return to the United States rather than stay in Europe, enjoying what many Americans perceive as more progressive social and environmental policies. The Swiss Alps are truly spectacular, and I treasure the time that I spent exploring them, but there was an incident during my last year in Switzerland that gave me a renewed appreciation for our public lands system in the United States. 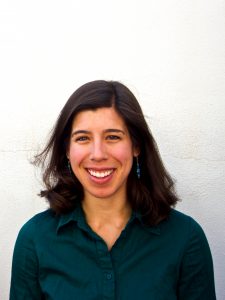 In 2013, a Swedish Brown Bear known by the name of M13 entered Switzerland from the Italian Alps. A bear reintroduction program was underway in the Trentino Alto Adige area of Italy, and the bear’s name was an identifier; he was the thirteenth male bear from that program to be born in the wild. At the time, M13 was the only known wild bear in Switzerland.

Soon after his entry into Switzerland, the Swiss federal environment office labeled M13 a “problem bear” due to his apparent lack of fear of humans and habit of seeking out food in Swiss villages. After M13 emerged from hibernation in the Spring of 2013, he continued the pattern of seeking out food from human sources. Swiss authorities, concerned that he was becoming a threat to human safety, shot and killed him.

In a report, the Swiss environment office stated: “The bear M13 had certainly never showed any aggression toward man, but the risk that an accident might happen and that people might be badly injured or killed had become intolerable.”

Supporters of M13 were devastated and vocal in their criticism of the Swiss government for not implementing a management plan of some kind to prepare for the inevitable migration of the Swedish Brown Bears from where they were being reintroduced in northern Italy. Switzerland was unprepared, and it cost M13 his life.

Western Europe hasn’t supported significant populations of predators in decades, and in some areas predators were completely eradicated due to hunting and habitat loss as early as the mid-1700’s. In many communities, there is still a culture of fear and mistrust of carnivorous species that is reminiscent of some ranching communities in the United States.

The United States, despite the many perils that predators face today, is set apart from many other countries for its wilderness designations and system of public lands that are large enough to support predator populations. As of 2018, there are approximately 114 Mexican gray wolves in the wild in Arizona and New Mexico, where they had previously been eradicated. Despite losing its protected status under the Endangered Species Act in 2017, the Grizzly Bear population has reached over 700 bears in the Greater Yellowstone Ecosystem since it was first listed as Endangered in 1975 with a population fewer than 150 bears. Conservation groups around the country are fighting to protect these species, along with other incredible, yet often misunderstood predators such as the Canada lynx, the wolverine, and even the jaguar in the mountain ranges of southern Arizona.

According to the Large Carnivore Initiative for Europe (LCIE), a specialist group subset of the International Union for Conservation of Nature and the Species Survival Commission, there are “no true areas of wilderness areas left in Europe where nature holds sway without at least some humans influence.” Because of this, Europe’s predator reintroduction programs will inevitably look different than those in the United States. Europe does have a small network of national parks, but according to LCIE, those areas “are not enough on their own. For large carnivores to have a long term future we have to allow them to spread and reoccupy many of their former habitats – this means reintegrating them into the landscapes where we humans live, and work, and play.”

This means that inevitably, as predator populations grow, human communities will have to learn to co-exist with bears like M13 and other predators. In fact, one Guidebook to Human-Carnivore Conflict written by Jon Swenson, Ph.D. Professor of Ecology and Natural Resource Management at the Norwegian University of Life Sciences, uses the recovery of the grizzly bear population in Montana as an example of successful long-term reduction in human-carnivore conflict.

Despite the challenges posed by lack of wilderness areas, there have been some promising developments in predator reintroduction since M13’s death. In August of 2016, a camera trap documented the first known pair of breeding wolves in Austria since 1882. In anticipation of a growing predator population, many countries in Europe are adopting innovative strategies to increase habitat connectivity by utilizing military training areas for wildlife conservation.

After I graduated from Franklin with a degree in Environmental Studies, I decided to return to Arizona, where I grew up, to work to protect the wild places that are so unique to our corner of the world. Without predators, an ecosystem cannot be truly wild. I am grateful, both for the persistence of our predators and for the Advocates who protect them.

If you are interested in learning more about the efforts to reintroduce predators to mainland Europe, you can visit The Large Carnivore Initiative for Europe’s website at http://www.lcie.org/