Voices for the West: America’s Cold Civil War & Public Lands in the West. 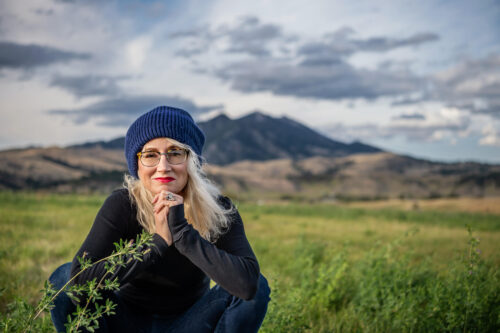 Join us on Tuesday, October 26 for a conversation with author Betsy Gaines Quammen, who will discuss the current polarization, divisiveness, and disinformation setting our country on a course toward on-going insurrection.

When she first began her research in 2015, Gaines Quammen visited the Bundy family at their ranch in Bunkerville, Nevada believing that they were outliers in their fight against the government over illegal grazing on public lands. A year later, Ammon and Ryan Bundy took over the Malheur Wildlife Refuge in Oregon. Neither brother was held accountable in Nevada or Oregon and they and their father, Cliven, were released from custody after a mistrial was declared at their Las Vegas hearing. In the meantime, all three have continued to campaign against the government and coordinate with other militia groups.

Throughout the last two years, Covid restrictions have been added to their list of issues that they view as an unconstitutional affront to personal liberties. Following in the footsteps of his brother Ryan, who ran unsuccessfully for governor of Nevada, Ammon is currently running for governor of Idaho. He has spent the last 19 months talking about potential civil war, recruiting a large network of like-minded agitators to fight Covid protocols at schools and local health departments, and supporting battles over resources like water in the Klamath Basin.

As Secretary of Interior Deb Haaland and Bureau of Land Management Director Tracy Stone Manning look to future land management, the growing radicalization of rural communities in the West will likely impact their efforts to care for public lands. Ammon and his growing network, People’s Rights, are part of an ongoing war now occupying fronts, from small town parks where they are hosting gatherings to promote their rebellion, to public lands, to state and federal Capitol buildings.

Following the publication of her book, American Zion: Cliven Bundy, God & Public Lands in the West, Gaines Quammen has spent the past few years visiting communities in the West to hear perspectives from residents of these towns. She will compile these interviews in her forthcoming book, True West: Sorting Realities on the Far Side of America, in which she hopes to shed light on the growing trend of radicalization in the West.