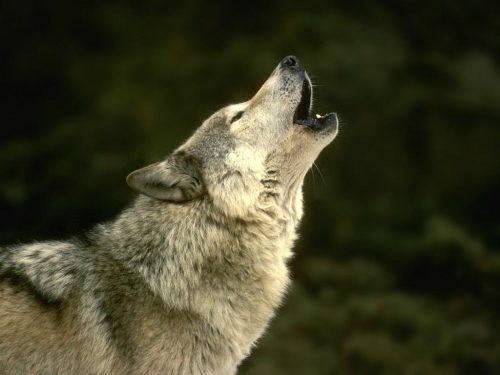 In a key victory for Idaho wildlife, Advocates for the West and our clients filed a settlement agreement in Idaho federal court yesterday that sets strict limits preventing federal agency USDA Wildlife Services from killing wolves in Idaho wilderness areas and other special places, bans the use of snares targeting wolves, and halts the use of M-44 “cyanide bombs” for several years until a full Environmental Impact Statement is completed.

We filed suit in 2016 after Wildlife Services began aerial gunning of wolves in the Lolo and Selway Zones of northern Idaho and eliminated numerous wolf packs in the Sawtooth Valley, Wood River Valley, and Sawtooth National Recreation Area (SNRA). Idaho District Judge Lodge dismissed our case in 2018, and we appealed.

In 2019, the Ninth Circuit Court of Appeals overturned the Idaho federal court’s dismissal — setting the stage for negotiations, led by Senior Attorney Laurie Rule, which resulted in the settlement agreement filed yesterday.

Our settlement blocks Wildlife Services from killing wolves in wilderness areas throughout Idaho, including the Frank Church-River of No Return, Gospel-Hump, Selway-Bitterroot, Boulder-White Clouds, Sawtooth, Hells Canyon, Craters of the Moon, and the Owyhee Canyonlands Wilderness Areas. The SNRA and specified public lands in the Sawtooth Valley and Wood River Valley are also off-limits to Wildlife Service’s wolf killing.

“This settlement is a tremendous step forward for protecting wolves in some of the areas where Idaho residents and numerous visitors have cherished seeing and hearing wolves in the wild,” said Laurie Rule. “Stopping the killing in Idaho wilderness areas also meets the purposes of the Wilderness Act and will allow wolf packs to thrive there.”

The ban on use of M-44 “cyanide bombs,” is also a big step forward in the national effort to compel Wildlife Service to stop manufacturing and using the devices, which are poorly controlled and have killed or injured many pets. This threat received national attention three years ago when an Idaho family’s dog, Kasey, was killed by an M-44. The family’s teenage son, Canyon Mansfield, was with his dog at the time and sustained long-term exposure injuries. The device was set illegally and without proper signage on public lands near the Mansfield’s home.

“This news is very uplifting because it shows progress in our fight for justice for Kasey and everyone else who has suffered from these cyanide bombs,” said Canyon. “I believe this shows that we are fighting a battle with a victory in sight.”

Advocates for the West partnered with Staff Attorney Talasi Brooks at Western Watersheds Project to represent them and the Center for Biological Diversity, Friends of the Clearwater, WildEarth Guardians and Predator Defense in this landmark case.