Tribute to a Great Man 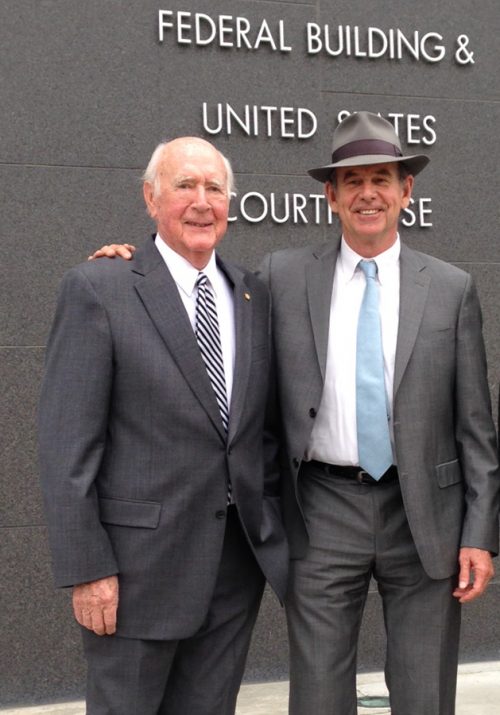 I shed tears on Friday morning when I heard that Governor Cecil Andrus died. He passed the day before – the same day a big summer storm whipped through Boise with rain and winds. It’s like Mother Earth herself was paying tribute to this great man.

I was fortunate to get to know Gov. Andrus in the last couple years, and was honored to serve as his lawyer. He reached out to me in 2015, seeking legal advice and representation in his never-ending fight to protect Idaho – and the nation – from the cynical mismanagement of highly radioactive wastes generated by the federal government. Gov. Andrus learned over 40 years of dealing with the U.S. Department of Energy that it could never be trusted to keep its word about nuclear wastes. He continued fighting to hold DOE accountable until the end of his days.

When Gov. Andrus approached me, he had already submitted a Freedom of Information Act (FOIA) request to DOE, seeking documents to shed light on just what the feds had in store for Idaho. After months of silence from our government, Gov. Andrus sought legal action. In one of his many op-eds on the subject, he wrote:

“My odyssey in search of those documents has been both eye opening and disturbing. The fact that the federal government has refused to release information pertaining to its internal planning and how Idaho fits into its plans should raise red flags for the state and its citizens…I’m left to conclude that the agency does have plans for Idaho that likely would no pass muster in the sunlight.”

It is clear in looking back on every action taken by Gov. Andrus that he cared sincerely and deeply for the safety and wellbeing of Idaho and her citizens. When he asked me to represent him in fighting DOE, he was undergoing various medical treatments that he would barely mention. He never complained about his ailments, even when he would drop by my office to talk law after having just gone through some procedure. He was unfailingly chipper, eager to plot strategy, and focused on his mission of protecting Idaho’s water, air and people.

In the days since his passing, I have read many stories recounting the numerous achievements of Gov. Andrus’ life and career. He impressed me before I had the pleasure of working with him, and even more so now as I recount my own fond memories and learn how he touched so many lives.

Governor Cecil D. Andrus was a just leader, a great man, and all of us at Advocates for the West will miss his welcomed visits to our office and his presence in our lives.