Safeguarding air quality from proposed Stibnite mine in Idaho 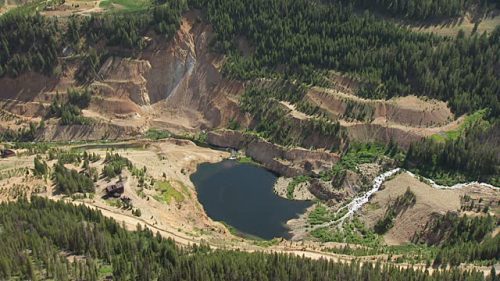 Advocates for the West represents the Nez Perce Tribe and Idaho Conservation League in this appeal, which was filed together with Save the South Fork Salmon. Over the past two years, the groups raised repeated concerns during the permitting process about particulate and arsenic pollution that would result from the project. Still, Idaho DEQ failed to address these concerns when it issued the permit last month.

“People who work or recreate near the mine area could be exposed to dangerous levels of particulate and arsenic pollution,” said Bryan Hurlbutt, Staff Attorney at Advocates for the West. “Relying on assurances from a mining company, as DEQ did here, without setting important permit conditions fails to protect the public and fails to comply with the law.”

“Despite going through three rounds of public comment, this air quality permit still fails to address all of the health concerns the public raised, leading ICL and our partners to appeal this decision,” said Josh Johnson, ICL’s Senior Conservation Associate. “The mishandling of this first permit for the Stibnite Gold Project raises concerns about how the 50 or so other regulatory permits required for this project are going to be handled.”

“Throughout this lengthy permitting process we raised concerns that the assumptions and analyses relied upon to issue this permit are flawed and inadequate, placing the people who use the area around the proposed mine at risk of increased and serious health consequences,” said Julia Thrower, attorney for Save the South Fork Salmon. ”Those concerns largely remain unaddressed in the current permit.”

The Stibnite Gold Project is a massive gold mine proposed in the headwaters of the East Fork of the South Fork Salmon River adjacent to the Frank Church River of No Return Wilderness Area. The area within and surrounding the proposed mine is part of the aboriginal homelands of the Nez Perce Tribe who have reserved the right to fish, hunt, gather, and pasture at traditional places in their 1855 Treaty with the United States.

The air quality permit is the first major permit issued for the proposed open-pit mine and is supposed to ensure the project meets federal Clean Air Act and state air quality requirements to protect public health and the environment.

The proposed mining activities would result in large quantities of dust or particulate matter being emitted into the air, which can cause serious health problems including premature death, heart attacks, aggravated asthma, and other respiratory issues. The rocks, soils, and dust at Stibnite are also known to be very high in arsenic, a human carcinogen known to cause developmental effects, diabetes, pulmonary disease, and cardiovascular disease.

Controlling dust from mining operations is critical to protect public health, but the permit fails to include basic monitoring and other safeguards to ensure dust levels are kept to safe levels.

In the appeal, the Nez Perce Tribe, ICL, and Save the South Fork Salmon are asking for the permit to be invalidated and for any future permit to require additional safeguards for public health and real-time monitoring processes to ensure these safeguards are effective.