Protecting our public lands from mine exploration. 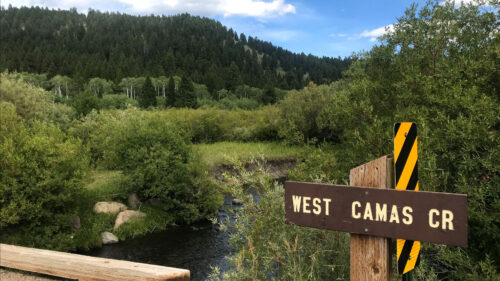 Last spring, Advocates for the West and the Western Mining Action Project successfully halted Canadian mining company Excellon Resources’ 3-5 year plan to explore for gold on National Forest land in the Centennial Mountains near Kilgore, Idaho. A federal court ruled in favor of our clients, Idaho Conservation League (ICL) and Greater Yellowstone Coalition (GYC), finding the U.S. Forest Service failed to consider and protect against threats to groundwater and Yellowstone cutthroat trout when it approved Excellon’s plan. The court stopped the exploration and ordered the agency to perform a complete analysis of drilling impacts to water quality and fish.

In response to the court decision, on January 12 the Forest Service released its new Draft Environmental Assessment, proposing to approve a nearly identical version of the proposal we shut down last year, while making minimal efforts to improve the deficient analysis or to better protect against harmful impacts.

“The Centennials are a beautiful and rugged mountain range that should be protected, not mined for gold,” said Staff Attorney Bryan Hurlbutt. “Unfortunately, the Forest Service is rushing along to approve Excellon’s exploration drilling on our public lands at the expense of grizzly bear, elk, whitebark pine, Yellowstone cutthroat trout, and other species that live in the Centennials.”

The Centennial Mountains are made up mostly of public land and are a unique east-west corridor for wildlife in the Rockies. Excellon’s proposal is to spend 3-5 years constructing 130 drilling stations and 10.2 miles of new roads in the Centennials. If approved, Excellon would drill up to 390 deep underground holes, operating 24 hours a day, seven days a week, for the entirety of the drilling season.

If Excellon finds enough gold, it plans to build a large, open-pit mine that would use the cyanide leaching process to extract the gold. Open-pit, heap leach, cyanide gold mines – outlawed in neighboring Montana – pose significant threats to human health and the environment, often leaking or spilling toxic contaminants into adjacent waters. The exploration area is in the headwaters of West Camas Creek and Corral Creek, which flow into the Camas National Wildlife Refuge and Mud Lake. Not only does this water supply provide critical aquatic habitat, it is an important source of irrigation water and replenishes the Eastern Snake Plain Aquifer.

You can tell the Forest Service that the Centennials are more precious than gold! The Forest Service is seeking comments from the public until February 12. Weigh in on Excellon’s drilling proposal and voice your concerns about impacts to water, wildlife, and outdoor recreation.

For more information, ICL and GYC are co-hosting an online Public Lands Comment Workshop on February 1 at 5pm MT.