Of Orcas and Dams 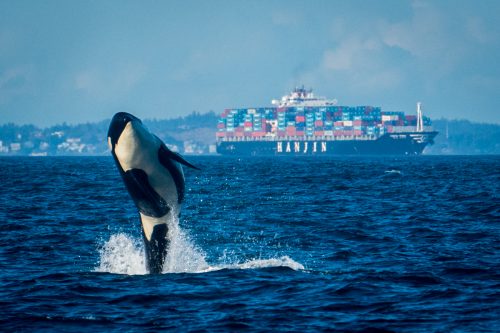 On a brisk November evening I dressed like an orca on a sidewalk in Walla Walla. What’s up?

The connection between declining salmon, declining orcas, and the four Lower Snake River dams brought me there.

The Southern Residents orcas, who roam the Northwest’s coastal waters, are one of the most endangered species in the United States – only 79 remain.

These orcas differ from transient orcas, who eat mammals like seals or sea lions. The Southern Residents eat only salmon. Whale researchers say the biggest problem for these orcas is lack of salmon – not enough to eat. The same experts point to the Lower Snake dams as prime culprits for diminishing salmon runs in the Columbia River. 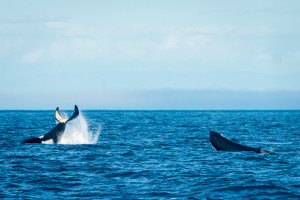 I became concerned about orcas after moving from Idaho to Port Townsend, on the Puget Sound. I took a whale ecology course to learn about our resident orcas, which included a whale-watching excursion. From the boat, we saw dozens of adult and baby orcas – leaping, hopping and rolling. Our wonder in watching these amazing creatures was tempered by knowing how few orcas remain in Puget Sound.

Besides blocking salmon migration, the dams create hot, stagnant reservoirs that have caused massive salmon die-offs. A federal court recently compelled dam operators to consider breaching to save endangered salmon; public hearings were held around the Northwest in Fall 2016. 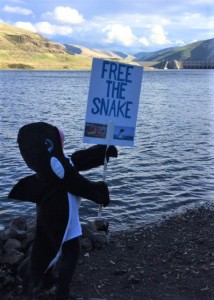 As emissaries for our orcas, a friend and I headed to Eastern Washington to check out the dams and attend hearings. We went in costume as two Southern Resident orcas – Granny and Eclipse.

At each dam – Ice Harbor, Lower Monumental, Little Goose and Lower Granite – our orca alter-egos sent the message to “Free Salmon, Save Orcas, Breach Dams.” These dams looked daunting for salmon and other wildlife – huge structures with stagnant reservoirs and walls of riprap.

After each dam visit, we attended hearings at Lewiston, Walla Walla and Seattle, where we again dressed as orcas to “Free the Snake!” The Seattle event was powerful. Hundreds of supporters marched behind a giant inflatable orca and held salmon lanterns.

I sense momentum for a free-flowing Snake – with hope for the orcas and salmon to survive and thrive. Breaching the four Lower Snake River dams means “More Salmon, More Orcas!”

Are you ready to take action for salmon and orcas? The U.S. Army Corps of Engineers is taking public comments on this important issue until February 7th.  Let your voice be heard!

Debra Ellers recently moved to Port Townsend, Washington after 30 years of working as a lawyer in Idaho, where she was an avid skier and backpacker, and involved with many conservation issues. Debra is looking forward to semi-retirement, and enjoying sea-kayaking, beachcombing and sailing around the Salish Sea with her husband Dale and dog Syri. 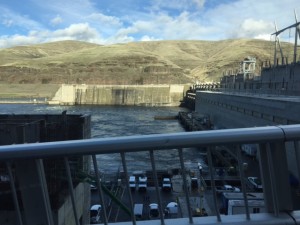