Tell Wildlife Services – NO cyanide bombs on our public lands. 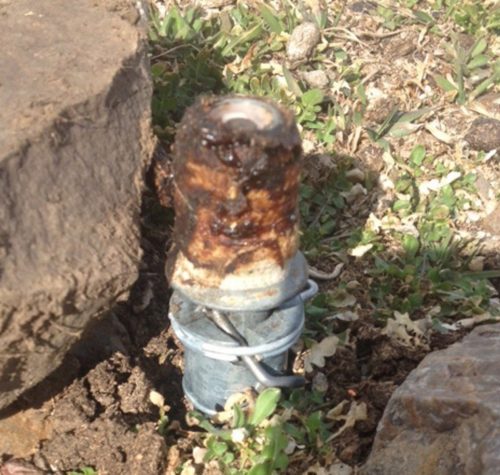 Wildlife lovers and public lands users everywhere should be outraged by the actions of Wildlife Services. This secretive federal agency uses deadly poisons, neck snares, aerial gunning and other inhumane methods to indiscriminately kill all manner of wildlife species if the animal is reported to interfere with human activities – most often, livestock grazing on our public lands.

M-44s are intended to kill coyotes, but they can also injure and kill people, pets, and unintended native wildlife. Earlier this year, a cyanide bomb placed near a residential area in Pocatello, Idaho exploded – killing a family dog and injuring a 14-year-old boy. Wildlife Services temporarily halted the use of the devices in the wake of that incident, but the agency is now holding a series of public meetings to educate the public on M-44s.

Both wildlife and public safety advocates are concerned the agency may be holding these information sessions to placate critics while preparing to resume M-44 use throughout the state.

What is a cyanide bomb and what are they for?
Cyanide bombs, also known as M-44s, are spring-activated cyanide ejector devices baited with smelly substances, which dose anything that triggers them with lethal cyanide. Cyanide bombs have killed domestic dogs and injured several people. They are generally set to kill coyotes deemed a nuisance to livestock producers. M-44s killed 53 coyotes and one fox in Idaho in 2016. This year, a cyanide bomb also killed one of the few wolves to venture into Oregon; also killed this year were three dogs out on hikes with their families.

Who uses cyanide bombs?
Cyanide bombs are a restricted-use pesticide primarily used by Wildlife Services, a federal agency that kills predators and other wildlife. However, they are also licensed for private use in several states.

Where are cyanide bombs placed?
Cyanide bombs may be placed on public or private lands. Although they must be used according to the Environmental Protection Agency’s use restrictions, they may be placed as close as 50 feet from a road or trail. Wildlife Services agreed to temporarily stop using cyanide bombs in Idaho after a cyanide bomb placed within ¼ mile of a residence in Pocatello, Idaho, detonated, killing a pet dog and injuring a child.

Why are we talking about M-44s?
Wildlife Services agreed to cease using cyanide bombs in Idaho after a boy out walking his dog near his home in Pocatello accidentally detonated one of the devices. Now, Wildlife Services is holding several “information sessions” in an apparent effort to justify continuing to deploy these poisons on lands in Idaho.