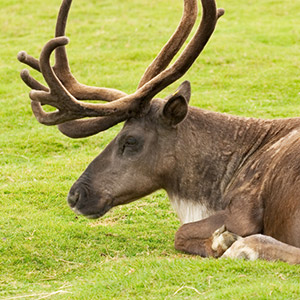 BOISE, ID – In response to a lawsuit brought by Senior Attorney Laurie Rule on behalf of six conservation allies, a federal court ordered the US Fish and Wildlife Service to reconsider its 2013 decision to reduce by 90 percent its designation of critical habitat for the endangered mountain caribou.

The court found in Monday’s decision that the agency did not give the public sufficient opportunity to comment on the final designation, which slashed protected caribou habitat from the initially proposed 375,562 acres to a mere 30,010 acres.

Caribou once ranged across much of the northern US, including the northern Rocky Mountains, upper Midwest and Northeast. The last remaining population in the Rockies was protected under the Endangered Species Act in 1984.

In response to a 2002 petition, the Fish and Wildlife Service proposed the 375,000+ acre designation in 2011. But just a year later, the agency announced the new 30,010 acre designation, arguing that caribou primarily reside in Canada and that conservation efforts there are sufficient.  The Court ruled that the Service needed to solicit additional public comment because the final critical habitat rule was drastically different than the proposed rule.

The agency’s decision to slash critical habitat threatens to undermine protections called for in the species’ federal recovery plan, which states that more than 375,000 acres is needed for recovery.

In 2005, Advocates for the West sued the Forest Service and obtained a closure order for snowmobile use within much of the originally identified habitat. This final, drastically smaller designation now in question by the Court threatens to expose the tiny northern population of shy, easily spooked caribou to the loud disruptions of snowmobiles.

“This is one step out of many that are needed to stop the decline of this small caribou herd that likely once numbered in the hundreds,” said Tim Layser, wildlife biologist with client Selkirk Conservation Alliance. “With adequate protection from the impacts of off-trail snowmobiles and other threats, caribou numbers can once again be given a chance for recovery in the United States, although other issues need to be addressed.”

Our clients in this case are: Center for Biological Diversity, Conservation Northwest, Defenders of Wildlife, Idaho Conservation League, Selkirk Conservation Alliance and The Lands Council.