Letter to Army Corps of Engineers – Protect our Salmon! 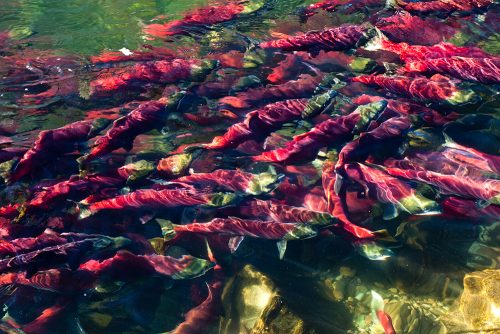 Wednesday, February 10th – In a letter to the Army Corps of Engineers, Advocates for the West and a group of allies demand emergency measures to protect migrating salmon in 2016.

In 2015, a staggering 96% of the 500,000 returning ESA listed Snake River sockeye died before reaching Lower Granite Dam due to unusually high water temperatures. As stated in the letter:

“The Army Corps’ inability to protect returning adult salmon from high water temperatures caused the unauthorized “take” of ESA-listed Snake River sockeye in 2015; similar fish kills in 2016 or 2017 could push Snake River sockeye to the brink of extinction and erase progress made to recover this distinct population segment.”

We and our partners are hopeful that emergency measures will be adopted by the Army Corps in 2016 to protect our salmon!