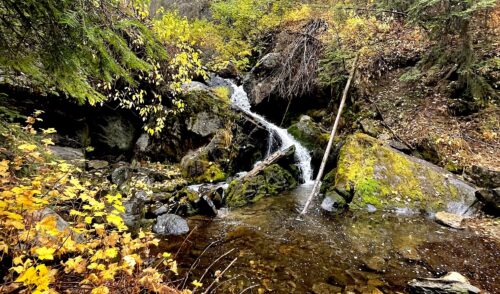 The 20-year Sage Hen Integrated Forest Restoration Project in Idaho is an example of the troubling and illegal trend of “condition-based management” by the U.S. Forest Service. Under this practice, the “where,” “when,” and “how” of logging projects are not evaluated or disclosed until long after the Forest Service has approved them, making it impossible for the public to understand how our public lands will be affected until it’s too late.

In December 2021, Advocates for the West filed a lawsuit on behalf of our partners at Idaho Conservation League (ICL) after the Forest Service rushed the Sage Hen Project to approval, cutting out the public and placing the area’s plants, fish, and wildlife at risk. ICL is among 94 groups that recently authored a letter to the White House Council on Environmental Quality (CEQ) requesting to end the practice of condition-based management, which is illegal and counter to the National Environmental Policy Act (NEPA).

“The law requires the Forest Service to look before it leaps,” said John Robison, public lands director with the Idaho Conservation League. “Even with ecologically minded restoration projects, you need to gather necessary information before you start so you don’t end up doing more harm than good.”

The Sage Hen Project includes extensive road construction, logging, thinning, and prescribed fire, plus some watershed restoration activities, on 68,000-acres of public lands in the Boise National Forest in and around the popular Sage Hen Reservoir in Idaho’s West Mountains.

“Instead of crafting a carefully planned project with widespread support, minimal short-term impacts, and maximum long-term benefits, the Sage Hen Project threatens serious environmental harm, without public buy-in, and all for uncertain benefit,” said Robison. “This is particularly true for highly imperiled native bull trout, which are barely hanging on in the project area.”

HELP US FIGHT FOR HEALTHY FORESTS IN IDAHO — DONATE NOW!