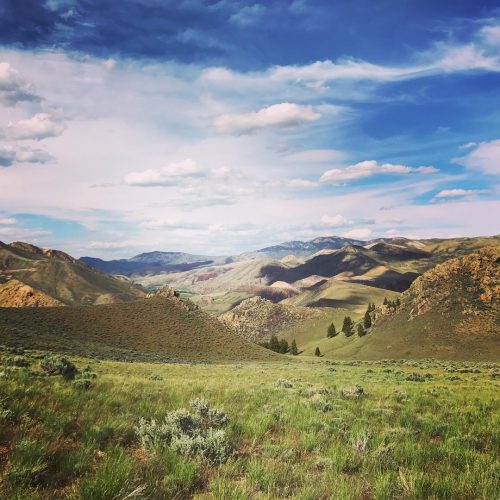 Contrary to its name, which conjures images of lush and robust greenery (but in fact derives its moniker from an Aldo Leopold quote), the Greenfire Preserve on the East Fork Salmon River possesses the stark, high desert beauty of sagebrush steppe – layer upon layer of red rocks form ribbons of sheer cliffs above this narrow, swift passage of Idaho’s mighty Salmon River. 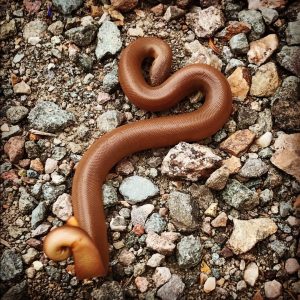 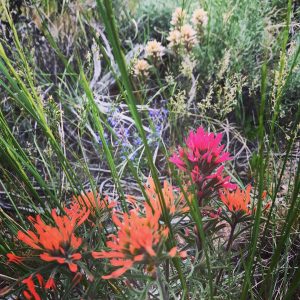 The staff and board of Advocates for the West retreat here every year in June to strategize for the year ahead. And this year, the preserve evoked its name – record-setting snows last winter drenched the mountains in moisture and the East Fork Salmon River surged with snowmelt. Greenfire is truly verdant this spring, and we found fresh inspiration in nature’s exuberance.

As we took respite in the vibrant folds of the narrow East Fork canyon, which leads swiftly upward to the lofty Boulder-White Clouds Wilderness, our board and staff drew strength from the landscape. We hiked, biked and reveled in the splendor of Greenfire and its adjoining lands – which is protected in perpetuity thanks to the perseverance of the Younger family and deft legal action by Advocates for the West. 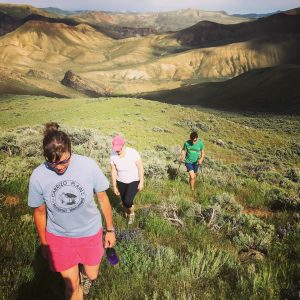 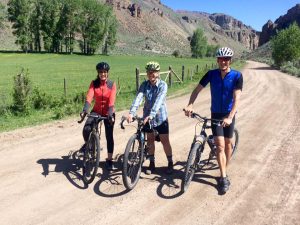 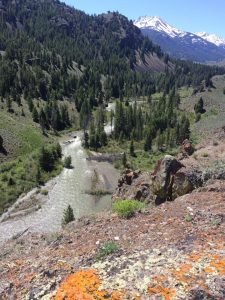 As we celebrate our 15th year of winning for the West, we are also acutely aware of pressing new threats to our public lands and wildlife as a result of the new Administration. Interior Secretary Zinke just announced his intent to review sage-grouse conservation plans in the West, and is currently determining the fate of 27 National Monuments established throughout the country since 1996. Explore this map by Patagonia to discover the threatened monuments and to speak up for their protection.

Despite the threats that loom large over much of what we’ve fought to protect since 2003, our strategy talks during this year’s retreat were vigorous and proactive. Advocates for the West is no stranger to the David vs. Goliath environmental battle – our recent victory against Big Oil on the Wild and Scenic Lochsa-Clearwater corridor is proof of that.

Our time at Greenfire teaches us something new each year, and this year the lesson resounded strongly with us all – Advocates for the West is ready for the battles ahead, and we intend to win.

A very special thanks to Matt and Sean at Wild Lens – whose mission is to bring filmmakers and biologists together to solve wildlife and conservation issues. They accompanied us on this year’s retreat to capture the Advocates in action (and this moose too!). We look forward to sharing their footage of our trip to the East Fork with you soon.