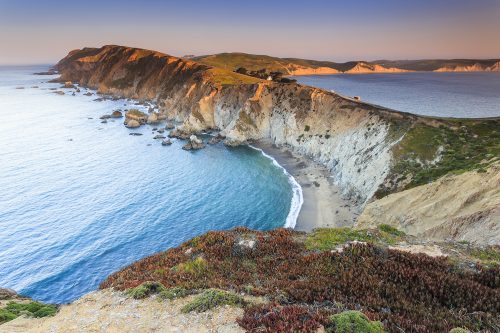 The Park Service plan paves the way for 20-year leases for beef and dairy ranchers in the park, enshrining and expanding commercial ranching on public lands at the expense of native wildlife and natural habitats. The plan would also allow harmful water pollution to continue, and permit the agency to kill native tule elk — a unique subspecies found in no other national park — that ranchers say interfere with cattle operations.

For decades, the Park Service has leased about 28,000 acres of public lands within the Point Reyes National Seashore and the Golden Gate National Recreation Area for beef and dairy ranching, despite significant conflicts with natural resources, wildlife, and public recreation. Ranching has led to overgrazing, soil erosion, degraded water quality, damaged vegetation and endangered species habitats, increased levels of invasive weeds, and suppressed wildlife populations in these parks. Ranching consumes millions of gallons of water each year — on an increasingly drought-prone coastal landscape — and generates harmful levels of water pollution.

“The Park Service is unlawfully prioritizing the commercial needs of ranchers over the natural environment and the public’s use and enjoyment of these majestic public lands,” said Lizzy Potter, Staff Attorney at Advocates for the West, which is representing the plaintiffs in the lawsuit. “The Park Service decided that ranching should continue in perpetuity without fully disclosing its plans or the resulting environmental consequences.”

“This plan is a giveaway to the cattle industry,” said Deborah Moskowitz, President of the Resource Renewal Institute. “It perpetuates decades of negligence by the very agency charged with protecting this national treasure. The Trump administration fast-tracked the plan without regard for the climate crisis or the hundred rare, threatened and endangered species that depend on this national park. One-third of the national seashore is fenced off from public use.”

Advocates for the West filed the recent lawsuit on behalf of the Resource Renewal Institute, Center for Biological Diversity and Western Watersheds Project. These four conservation groups first sued the Park Service in 2016 for failing to update its antiquated General Management Plan and perpetuating commercial ranching in the park without adequate environmental review and public comment.

The 2016 lawsuit succeeding in requiring the Park Service to produce the first-ever Environmental Impact Statement for Point Reyes ranching. The Park Service adopted the plan in September 2021, ignoring tens of thousands of public comments and coalition letters from more than 100 environmental and social justice organizations representing millions of members calling on the agency to phase out ranching.

Some 91.4% of public comments submitted on the plan opposed ranching on the Point Reyes National Seashore, while only 2.3 percent approved of allowing cattle ranching to continue.

However, the Park Service’s plan expands the public lands zoned for ranching; quadruples the potential terms of existing grazing leases from five years to a maximum of 20 years; allows ranchers to pursue new commercial activities such as mobile slaughterhouses and row crop production; and provides for ranching to continue in perpetuity. The plan perpetuates overgrazing and does little to restore public lands and resources harmed by ongoing commercial cattle operations in the national park.

It also allows the Park Service to shoot native tule elk to appease ranchers and to harass elk away from leased ranch lands. It sets an arbitrary population cap of 140 elk for the Drakes Beach herd, currently estimated at 138 elk. The Park Service can also kill any free-roaming elk to prevent new herds from forming in the park.

The Park Service also refused to consider whether private ranching operations in the park damage Coast Miwok archeological sites. The Park Service discarded a proposal to protect those sites in 2015 and instead adopted a plan that protects “historic” ranches. The Coast Miwok Tribal Council, lineal descendants of the original inhabitants of Point Reyes, formally objected to the Point Reyes ranching and elk-killing plan.

The attorneys for the plaintiffs are Lizzy Potter, Laird Lucas, and Andrew Missel with Advocates for the West, and Michael Lozeau, of Lozeau Drury LLP.