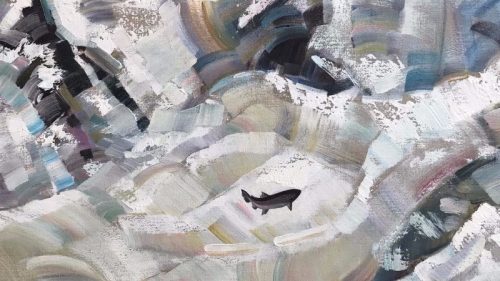 The plan addresses the sources of heat pollution and sets heat-reduction targets for each source. Key takeaways from the plan are:

Now that the TMDL has been released, we will be closely monitoring EPA’s actions to ensure the agency follows through on its commitment to reducing water temperature pollution.

“After decades of inaction, EPA finally brought science to bear on the problem,” said Staff Attorney Bryan Hurlbutt. “And the science is clear: mainstem dams are the culprit. Dams are to blame when river temperatures reach levels that are lethal to salmon.”

Poe uses a suction dredge to mine for gold from the riverbed of the South Fork Clearwater River. When he operates his dredge, Poe discharges turbid wastewater to the river, but he refuses to apply for a Clean Water Act permit.

The South Fork Clearwater River is an eligible Wild and Scenic River, and supports many native aquatic species, including steelhead, Chinook salmon, bull trout, lamprey, cutthroat trout, and others. Due to logging, mining, and other human activities, the South Fork is impaired along its entire length because it fails to meet Clean Water Act standards for sediment pollution.