A Coalescing on the Henry’s Fork 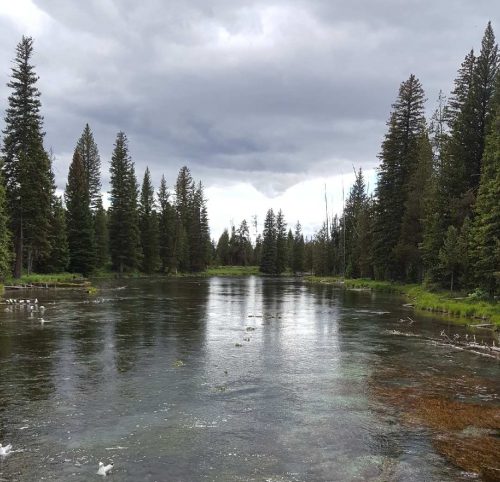 I’ll let you in on a little secret – Idaho’s legendary Henry’s Fork is magical in June. Driving up from Boise last week to this tributary of the Snake River, where our Board Member Jim Sturdevant was hosting a gathering at his cabin, I was struck by the heavy snows still clinging to the Tetons. A reminder of the long, hard winter we just crawled out from under.

I grew up in Boise and have never experienced such a harsh and enduring winter, so the sight of Henry’s meandering waters was like a slice of heaven to my senses. The river’s crystal clear waters and pristine habitat is home to some of the best fly-fishing in the world.

As I rounded the last bend before the meadow fades to mountains, I saw the familiar ritual spill out before me – a lone fly fisherman cast his line in the air, gently laying it at the feet of his obsession. I felt a longing for the peacefulness and solitude this simple, yet profound act can bring a hungry soul searching for meaning in these days of turmoil.

As neighbors and friends from the Henry’s Fork Foundation began to gather at Jim’s that evening, I promised myself that I would get back out to the rivers; commune with them, be still with them, and most of all protect them. This was something we all had in common that night – the desire to protect the Henry’s Fork. 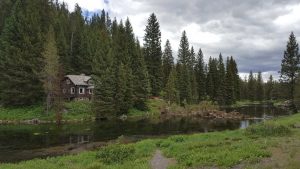 Left: Big Springs on the Henry’s Fork | Center: Jim’s Cabin | Right: Laird and Kendra with Jim and his son, Luke

When I first joined Advocates for the West back in November (the day after Trump was elected), it struck me that I could combine my madness for all things wild with my passion for protecting the wild rivers, wildlife and wild places I love.

Just the thought of not being able to access my favorite hiking area in the Boulder-White Clouds, or fly fish on the Henry’s Fork stirred uneasiness in me that needed to be calmed. So I jumped on the bandwagon and soon discovered that Advocates for the West isn’t just a bunch of kickass lawyers; this is a legal epicenter for over 35 environmental groups fighting to protect our public lands and natural treasures.

That night at Jim’s, as we shared our tales of Henry’s Fork, I could feel the energy and excitement build. Together, we knew we were stronger, and that we could make a difference. Something almost surreal happens when people coalesce around the environment they love and cherish. We parted ways that evening feeling that we were one family.

The morning brought an opportunity to stand in the middle of the beautiful Henry’s Fork and give tribute to her bounty. The Golden Stone I offered was not accepted on that day, but my new friend Bruce Elliston was rewarded by the Gods. 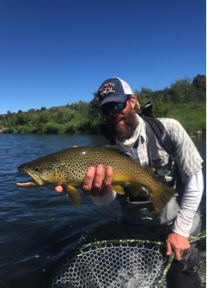