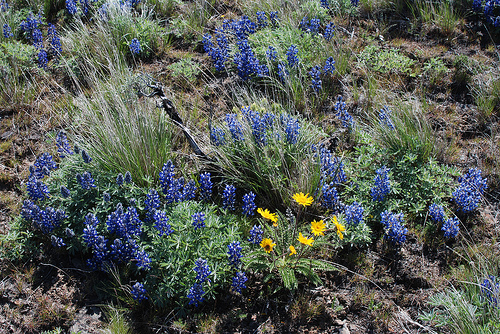 The Thurston County Superior Court ruled that WDFW’s action in approving the latest Asotin grazing permit was arbitrary and capricious, noting that the agency had disregarded its own scientists’ concerns about wildlife.

Three rounds of state court litigation challenging Washington Dept. of Fish and Wildlife’s agreement with ranchers to open state wildlife refuges to livestock grazing, various grazing leases given by WDFW on state wildlife refuges, and an EIS which opened up the Whiskey Dick Wildlife Area to grazing.  These include areas vital to the last remaining sage-grouse populations in Washington and endangered fish habitat.

*In January 2009, we won an initial victory from state court holding that WDFW violated the Washington State Environmental Policy Act in issuing a lease in the Whiskey Dick/ Quilomene Wildlife Area.

*In April 2010, we won another victory when the court found that another lease, in the Asotin Wildlife Area, violated the Washington Administrative Procedures Act.

*In January 2011, we successfully settled our case challenging the Whiskey Dick EIS with an agreement that will close about 35,000 acres of the area to livestock grazing for 20 years.

Advocates for the West is grateful to several key volunteer experts without whom the victories would not have happened, including Dr. Steve Herman, Dr. Don Johnson, Bob Tuck, and Katie Fite.