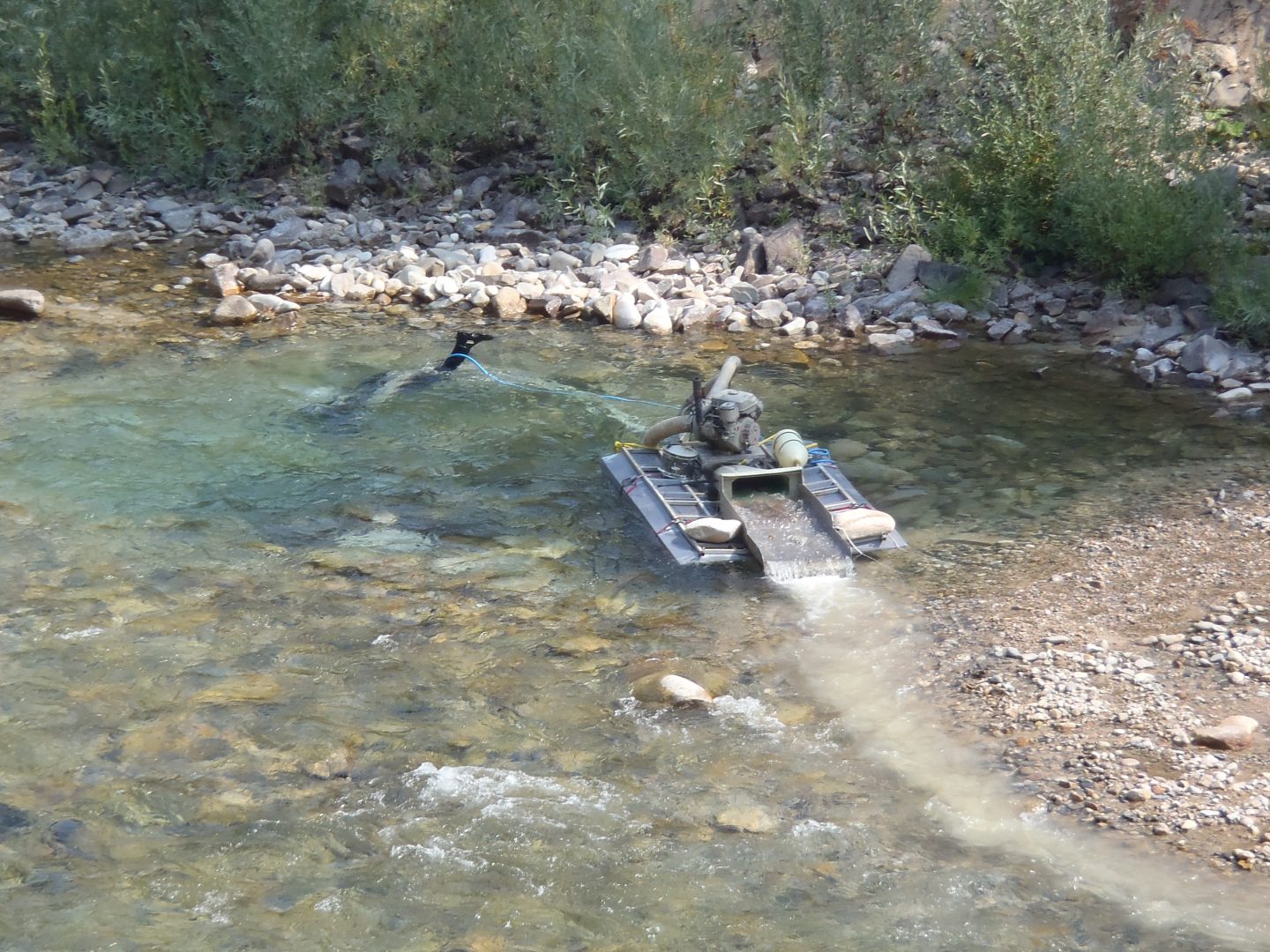 Advocates for the West filed the case for the Idaho Conservation League after Mr. Poe repeatedly discharged sediment pollution while suction dredge mining in the South Fork Clearwater River in 2015, 2016, and 2018 while refusing to obtain a Clean Water Act pollution permit. The South Fork Clearwater is important for habitat for native fish and is a popular for recreation. After decades of harmful mining and logging, the river is recovering. But the South Fork still fails to meet water quality standards and faces significant pressure from suction dredge miners.

The court rejected Poe’s arguments that ICL did not have an adequate stake in the case and failed to provide him with adequate notice of the lawsuit. This decision brings us one step closer to showing Mr. Poe and other suction dredge miners that they are not above the law and must follow the Clean Water Act.

January 22, 2019 – Advocates for the West filed its brief opposing suction dredge miner Shannon Poe’s motion to dismiss our Clean Water Act (CWA) enforcement case against him.  Poe lives in California but regularly visits Idaho to suction dredge mine on the South Fork Clearwater River, where his dredge discharges sediment pollution.  Despite repeat warnings from state and federal agencies that he is required under the CWA to obtain and comply with a National Pollutant Discharge Elimination System (NPDES) permit, he refuses to do so.

After Poe illegally dredged on the South Fork in 2014 and 2015, we sent him a 60-day notice of intent to sue on behalf of Idaho Conservation League (ICL) in 2016.  Poe responded by saying he would no longer dredge without first obtaining the necessary permits.  But he went back on his word, and in 2018 Poe returned to suction on the South Fork without an NPDES permit.  We filed suit against Poe in August 2018.

Poe now admits to dredging on the South Fork in 2014, 2015, and 2018, but he moved the court to dismiss the case, claiming ICL failed to send an adequate 60-day notice letter and ICL lacks standing to sue.  Read our federal court filing below, which rebukes Poe’s legally and factually unsupported arguments and asks the court to let the case against Poe proceed.

August 10, 2018: Advocates for the West filed suit against Shannon Poe for illegally suction dredge mining on Idaho’s South Fork Clearwater River in violation of the Clean Water Act. Poe spent many days dredging in past years, and again this summer, without a permit authorizing his pollution discharges to the river. Despite being notified numerous times by state and federal agencies, and by our client, Idaho Conservation League, of the requirement to obtain a Clean Water Act permit to operate a suction dredge, Poe refuses to obtain a permit and continues to encourage other dredge miners to disobey the law too.

Suction dredge mining involves using a motorized apparatus attached to an underwater nozzle to suck up riverbed material, sorting the material for gold on a watercraft-mounted sluice box, and then discharging sediment and other pollutants to the river. Suction dredge pollution discharges degrade water quality and impair fish habitat.

We are representing ICL in this Clean Water Act citizen enforcement suit, which aims to stop Poe’s illegal dredging and serve as a warning to others who might suction dredge in Idaho without following environmental laws.