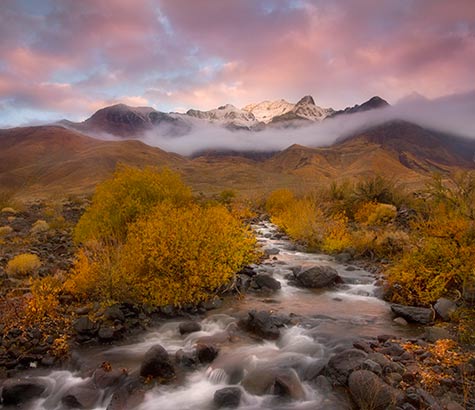 On May 26, 2016, Oregon Natural Desert Association won a 9th circuit court ruling that an environmental review by the BLM failed to adequately address the population of greater sage-grouse during winter at the proposed wind farm facility at Steens Mountain.

ONDA filed the appeal with the 9th circuit following our 2013 settlement, after the initial project investors backed out of the deal. This successful followup to our case further ensures that no new energy development will occur on Steens Mountain.

On behalf of the Oregon Natural Desert Association and the Audubon Society of Portland, Advocates for the West challenged the BLM’s approval of a lengthy transmission line across southeastern Oregon’s Steens Mountain, one of the jewels of the West. The North Steens transmission line would facilitate construction of an industrial-scale wind power project on a private inholding on Steens Mountain. The transmission line for the wind project would cut across an area protected by Congress in 2000 and fragment one of the largest undeveloped landscapes left in the Great Basin.

Wind turbines, transmission lines, access roads and associated development pose threats to migratory routes and breeding areas for sensitive species such as bighorn sheep, golden eagles, and Greater sage-grouse, a bird recently recognized by the Department of the Interior’s own Fish and Wildlife Service as being in danger of extinction, due primarily to fragmentation of its sagebrush habitat.

In September 2013, the case was settled. All the initial investing partners backed out of their power purchase agreements with the North Steens transmission lines, so the development lost its funding and was unable to continue. Our legal pressure suffocated the poorly planned project before it could move forward with development plans.