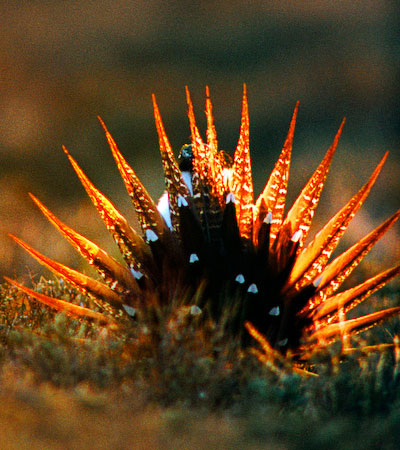 The Center for Biological Diversity and WildEarth Guardians have joined Western Watershed Project as our clients challenging the U.S Fish and Wildlife’s decision to deny ESA protection for the Greater Sage Grouse.

Representing our client Western Watersheds Project, we filed a complaint in Idaho federal court on Monday, March 8, 2010 to challenge the decision by US Fish and Wildlife Service that greater sage-grouse will not be listed under the Endangered Species Act — even though the Service now admits that the science shows sage-grouse warrant ESA protection.

The Service announced this “warranted, but precluded” finding on Friday, March 5th, and it received  much media attention — including articles in newspapers across the country.

We previously won a ruling in December 2007 that the Service acted unlawfully in finding that sage-grouse listing was “not warranted” under the ESA, a result of political tampering under the Bush Administration.  Now the Service’s scientists have thoroughly reviewed the best available science, and confirmed that sage-grouse are declining due to loss and fragmentation of sagebrush habitat across the Interior West.  Yet still politics intervened to prevent the listing.

On Monday, June 28, 2010 WildEarth Guardians and Center for Biological Diversity joined Western Watershed Project as our clients challenging the decision.

Our latest lawsuit will seek to compel the Service to promptly issue a proposed listing rule so that the imperilled sage-grouse receives the ESA protection it urgently needs.  READ THE AMENDED COMPLAINT HERE:

Greater sage-grouse are an “umbrella” species for the sagebrush ecosystem, that once covered 155 million acres of western US and Canada. Sage-grouse populations have declined steeply as sagebrush has been destroyed and fragmented by agricultural conversions, livestock grazing, energy development, weed invasions, and other impacts. This case challenged a January 2005 determination by U.S. Fish and Wildlife Service that listing sage-grouse as endangered or threatened was “not warranted” under the ESA. In December 2007, the district court ruled in our favor, holding that the Bush Administration wrongly allowed politics to trump science in the listing decision. See WWP v. US Fish and Wildlife Service, 535 F. Supp. 2d 1173 (D. Idaho 2007) The Service is now required – by a court-approved stipulation – to await the next major sage-grouse scientific assessment and make a new listing determination by February 2010.