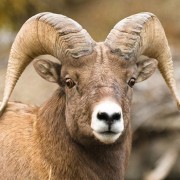 January 2017 – BLM issued an amendment to the Cottonwood Resource Management Plan, closing over 18,000 acres to domestic sheep grazing for at least the next 15-20 years. This amendment expands the areas already closed in Idaho thanks to our litigation efforts, further protecting bighorn sheep from contracting deadly disease from domestic sheep.

March 2, 2016 – The Ninth Circuit court issued an opinion in our favor affirming the district court’s summary judgement. The opinion was written by Judge Berzon of the Ninth Circuit, and is the culmination of litigation that began in 2007. It affirms that domestic sheep pose a substantial risk of disease transmission to bighorn sheep, and approves the models used by the Forest Service to assess the risk of disease transmission. The decision soundly rejected all of the Idaho Wool Growers Association claims against the Forest Service’s analysis.

On March 17th, 2014, Advocates for the West’s Senior Attorney Laurie Rule appeared in court as an intervenor on behalf of the US Forest Service. We backed the agency’s decision to restrict domestic sheep grazing on much of the Payette National Forest due to the likelihood of domestic and bighorn interaction. Such interactions lead to bighorn contracting a fatal disease from the domestic sheep. This restriction was challenged by the Idaho Woolgrower’s Association.

Just eight days later, Judge Tashima issued his ruling – the Forest Service was correct in its decision and the science backing the restrictions is sound. The District Court held that none of IWGA’s NEPA or FACA claims had merit, and the Forest Service’s decision was rational and followed proper procedures. However, on May 22, 2014, IWGA appealed the Court’s decision.

On November 21, 2014, Advocates for the West filed a reply brief challenging IWGA’s appeal. We are representing The Wilderness Society, Western Watersheds Project, and Hells Canyon Preservation Council in this case.