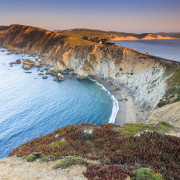 On July 12, 2017, Advocates for the West reached a settlement agreement with the National Park Service. Under the agreement, the NPS will prepare a General Management Plan Amendment and an Environmental Impact Statement “that, at a minimum, addresses the lands currently leased for ranching in Point Reyes and in the north district of Golden Gate National Recreation Area.”

In July 2016, the Court denied the National Park Service’s motion to dismiss our case. The Court agreed with our fundamental legal argument that NPS has a mandatory duty under the Park Service legislation to ensure the National Seashore is managed under an updated General Management Plan (GMP), and that our claims challenging current ranching authorizations for lack of environmental analyses did not constitute an impermissible programmatic attack on the agency’s ranching program.

In August 2016, we filed a Motion for Preliminary Injunction supported by dozens of declarations and exhibits from our clients. That motion asks the Court to stop the Park Service from issuing new long-term ranching leases and a Ranch Plan which presupposes that ranching will continue indefinitely at the Seashore, until the Court decides the merits of our case. Our final brief is due at the beginning of November and hearing on the motion is scheduled in December.

February 10, 2016 – Advocates for the West teamed up with the San Francisco-based law firm Keker & Van Nest to file a lawsuit in federal court seeking to require the National Park Service to update its General Management Plan and prepare an Environmental Impact Statement prior to adopting a proposed ranching plan to issue long-term permits for cattle ranches in the Point Reyes National Seashore in Marin County, California.

After Congress enacted legislation establishing the Point Reyes National Seashore in 1962, the federal government purchased private ranches and land in the park for millions of dollars. Ranching was not mandated by the legislation, but rather allowed under two narrow circumstances: time-limited reservations of rights for former landowners or general leases with conditions to protect the park. Nearly all reservations and leases have since expired.

The lawsuit alleges that the agency is violating federal law by failing to revise or replace a badly outdated general management plan for the National Seashore. Adopted in 1980, the general management plan fails to address current conditions such as climate change, increasing visitation and recreational use, and threats to wildlife. Over the last two decades, the Park Service repeatedly announced its intentions to update its 35-year-old management plan for the Seashore but abandoned the planning process without explanation. It is now moving forward on a Ranch Comprehensive Management Plan that could extend permits for cattle ranching in the park for up to 20 years.

Under federal laws, the National Park Service is obligated to ensure that wildlife and other natural resources receive “maximum protection” and are left “unimpaired” for the enjoyment of future generations. The lawsuit asserts that the Park Service failed to ensure compliance with these requirements when authorizing beef and cattle ranches at the National Seashore. Further, the agency has never taken a hard look at the environmental impacts of current ranching authorizations, which the lawsuit alleges also violates the National Environmental Policy Act.

We and our clients, Resource Renewal Institute, Center for Biological Diversity, and Western Watersheds Project, are committed to ensuring the NPS finally does its job and protects the Point Reyes National Seashore, now and into the future.