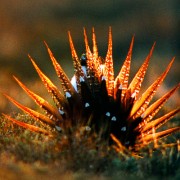 The Pleasantview allotment covers 70,000 acres of mostly public lands near Malad City, in southeast Idaho.  It offers habitat for greater sage-grouse, Columbia sharp-tail grouse, and other imperiled species; yet BLM has allowed excessive livestock grazing to badly damage the uplands and stream bottoms.  Weeds and alien species are spreading, aided by livestock overgrazing of native plants and damage to soils.

BLM’s own analysis concluded that grazing was exceeding the allotment’s carrying capacity; yet under pressure from the grazing association, it refused to cut livestock numbers.

In our response to this lawsuit, filed on behalf of Idaho Conservation League and Western Watersheds Project, BLM initially agreed to cut the excessive livestock grazing; and the case was settled.  But BLM later went back to the prior system, so we sued again in the WWP v. Kraayenbrink litigation.  Our challenges over the Pleasantview allotment are still not resolved.