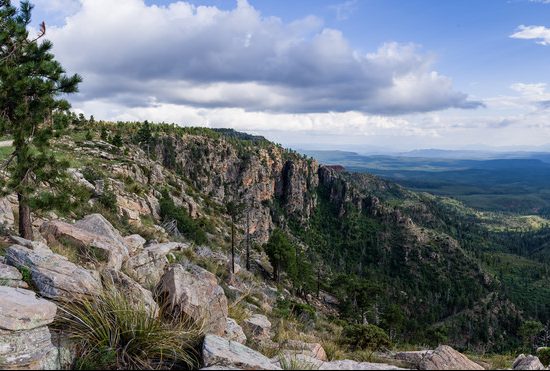 
Neighbors of the Mogollon Rim, Inc.

October 11, 2018:  Advocates for the West just reached an agreement with the Forest Service to keep the beautiful forested area below the Mogollon Rim in the Tonto National Forest free from livestock grazing for the foreseeable future. The area will remain cattle-free while the agency assesses whether grazing is compatible with the landscape and how it may affect wildlife habitat and sensitive plant species.

April 11, 2018:  Senior Attorney Laurie Rule teamed up with Arizona attorney Richard Dillenburg to file suit against the U.S. Forest Service for arbitrarily and unlawfully re-opening several allotments to cattle grazing on the Tonto National Forest, at the base of the scenic Mogollon Rim.

In 1979, the Tonto National Forest Supervisor closed a portion of the allotment area following a study showing that cattle had devastated the natural resources and wildlife populations. The Forest Service was barred from allowing future grazing there unless it could prove in future evaluations that the area had fully recovered and was capable of supporting regular livestock grazing.

But in 2015, the Forest Service re-opened the area to grazing without doing the required evaluation or any environmental analysis of the impacts. And despite clear evidence of damage caused by the cattle, the agency again authorized grazing in the closed area for 2018.

In addition, for years the Forest Service has been authorizing much greater livestock use than what is allowed under the permit for the portion of the Bar X allotments that remained open after 1979, again without any assessment of the environmental impacts of that excessive grazing.