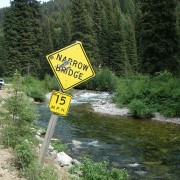 On June 23rd, 2014, the US Forest Service issued a letter to Midas Gold revoking its earlier approval of the company’s exploration plans – called the Golden Meadows Exploration Project. The Forest Service revoked its earlier approval of the project and ordered Midas Gold to halt all work at the site, and that if Midas Gold would like to move forward, it must wait until the agency can complete further review of the area and re-assess the project. This is a great victory for Idaho’s beautiful and pristine rivers and the many fish populations who call the South Fork Salmon River home.

Midas Gold plans to construct drill pads and drill 178 holes to explore for gold on the Payette and Boise National Forests. The project site is in Valley County, 14 miles east of Yellow Pine, Idaho. To support the 3-year exploration project, Midas Gold has been authorized to make over 40,000 vehicle trips to the project site year-round, including nearly 1,000 trips in trucks hauling large quantities of fuel. To access the site from McCall and Cascade, Midas Gold must drive 60 to 85 miles primarily on narrow, windy, steep, dirt roads that closely follow streams in the South Fork Salmon River watershed. The South Fork Salmon River and its tributaries are some of the most important remaining habitat for Chinook salmon, steelhead and bull trout in the Columbia River Basin, each of which is a listed “threatened” species under the Endangered Species Act.

These fish are present year-round in the streams adjacent to the roads that Midas Gold will use to access the site. In the past, the agencies restricted fuel haul and other vehicle use on these roads and imposed strict road maintenance requirements in order to limit sediment delivery and reduce the risk of fuel spills, both of which adversely impact ESA-listed fish. But now, the agencies have authorized Midas Gold’s tens of thousands of vehicle trips year-round without requiring important restrictions and without properly evaluating the likely impacts, in violation of federal law.

ICL and the Nez Perce Tribe repeatedly asked the agencies to take a closer look at these impacts and to consider whether there were alternative ways to allow the Project to proceed while better protecting clean water and other values. Through this lawsuit, we are asking the Court to vacate the agencies’ approval of the project and require the agencies to fully consider and disclose the adverse impacts of this project, and to evaluate reasonable alternatives, before making a final decision.