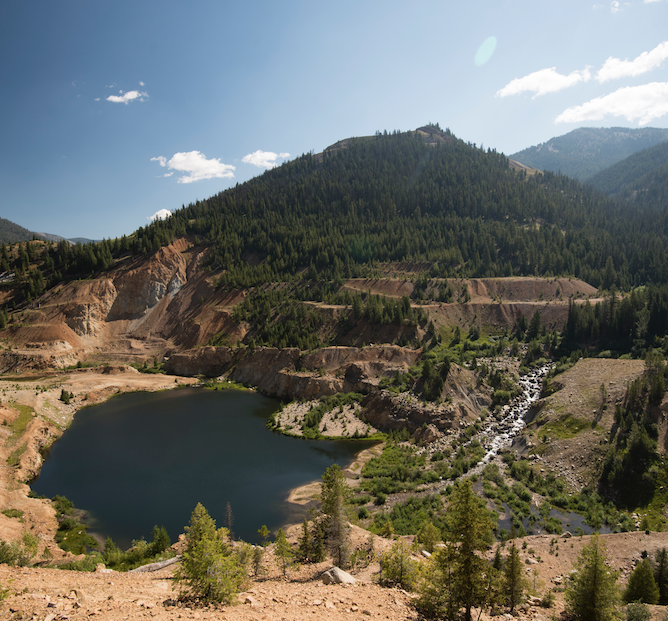 October 30, 2019 — Advocates for the West and the Nez Perce Tribe filed an opposition to Midas Gold’s motion to stay and dismiss our case.

August 8, 2019 — Advocates for the West is partnering with the Nez Perce Tribe Office of Legal Counsel to represent the Nez Perce Tribe in a Clean Water Act (CWA) enforcement lawsuit against Midas Gold Corporation. Midas Gold is illegally discharging arsenic, cyanide, mercury, and other harmful pollutants to the East Fork South Fork Salmon River and its tributaries at the proposed Stibnite Gold Project site. The site is located in the Tribe’s aboriginal homeland and is subject to the Tribe’s fishing, hunting, gathering, and pasturing rights, reserved in its 1855 Treaty with the United States.

The CWA prohibits the discharge of pollutants into surface waters such as lakes, rivers, streams and wetlands. Over the last decade, Midas Gold has obtained operational control over the proposed Stibnite Gold Project site where it owns and holds mining claims. But the Canadian mining company has done nothing to prevent ongoing discharges of toxic pollutants from multiple point sources to the East Fork South Fork Salmon River and its tributaries, including Meadow Creek and Sugar Creek. Its pollution discharges degrade water quality in and downstream of the Project site, violating the CWA.

Midas Gold’s pollution discharges harm fish such as salmon and steelhead, other aquatic life, and the plants and wildlife that rely on these waters and food sources. The pollutants also harm Nez Perce Tribal members who actively fish and gather these Treaty-reserved resources throughout their aboriginal homeland as well as their usual and accustomed fishing areas.

Our lawsuit seeks a court order prohibiting Midas Gold from continuing to discharge pollutants  and imposing civil penalties against the company. This is the second lawsuit Advocates for the West has brought challenging Midas Gold’s activities. The first, which can be viewed here, stopped Midas Gold’s mine exploration plans in 2014.

In 2016, the company submitted a plan to re-mine and more than double the mining footprint at the Stibnite mine site with an additional 800 acres of activity on undisturbed fish and wildlife habitat. Midas Gold’s mining activity may also fill three headwater stream valleys with 450 million tons of mine tailings and waste rock and leave two or three new mine pits at the site in perpetuity.