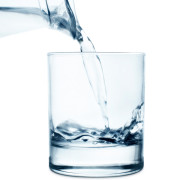 June 6, 2018 – In response to our Safe Drinking Water Act lawsuit, the Idaho Transportation Department (ITD) recently closed all 70 motor vehicle waste disposal wells at its vehicle and maintenance buildings around the state.

Under Safe Drinking Water Act regulations, all motor vehicle waste disposal wells in Idaho were supposed to be closed by January 1, 2005, because of the unacceptable risks of water contamination they pose.
Based on ITD’s well closures and commitment to cleanup any contaminated areas, we agreed to dismiss the case.
“This is great news for Idahoans,” said Staff Attorney Bryan Hurlbutt.  “ITD maintenance shops now follow modern waste disposal practices.  But unfortunately, this was not just an ITD problem.  We’ve identified many other auto shops and similar facilities throughout Idaho with open wells who might still be pouring motor oil, solvents, and other harmful substances directly into the ground.”

February 22, 2017 – Advocates for the West followed through on our notice letter and filed suit against the Idaho Transportation Department over the agency’s decade-long failure to close down numerous illegal and outdated motor-waste disposal wells that are a threat to groundwater.

November 10, 2016 – Advocates for the West notified the Idaho Transportation Department (ITD) of our intent to sue for owning and operating illegal motor vehicle waste disposal wells in violation of the Safe Drinking Water Act. Long ago, vehicle service shops disposed of oils, solvents, and other dangerous substances by simply injecting into the ground through floor tiles, floor drains, and the like without regard to impacts to water supplies and water quality.

But now, because of the known risk of groundwater contamination, both EPA and the Idaho Department of Water Resources prohibit this dangerous practice in Idaho.

Advocates for the West represents the Idaho Conservation League in this case, in which we demand that ITD immediately cease disposing of waste in its illegal wells and commit to the permanent closure and proper decommissioning of all 75 wells within one year.