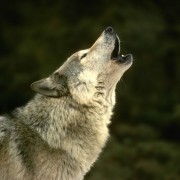 On November 24, 2014, in response to our lawsuit, BLM backed down from its decision to allow the derby to take place on the public lands managed by the agency. BLM informed us of the decision just hours before we planned to submit our brief asking the Court to stop this year’s hunt.

Director of Litigation Laird Lucas says of the cancelation, “BLM’s first-ever approval of a wolf killing derby on public lands undermines wolf recovery in the Northern Rockies and was not in the public interest. So it’s good BLM lawyers realized they needed to yank the permit after we sued.”

Building on our successful effort to stop the Idaho Predator Hunting Derby from taking place on 3.1 million acres of BLM land, we are turning our attention to the Forest Service. The Forest Service notified the Derby organizers that no permit was required to hold a contest to kill the most wolves, coyotes, and other wildlife on the Salmon-Challis National Forest.  We disagree, and sent the Forest Service a letter on December 1 urging the agency to prohibit the Derby on our public lands.

On November 13, 2014, Advocates for the West filed a complaint against the Bureau of Land Management challenging the authorization of the “Idaho Predator Hunt Derby” on public lands surrounding the town of Salmon, Idaho.  This case is ongoing, however, the BLM rescinded the permit on over 3 million acres of land after initially granting a 5-year permit for the killing-contest. The derby is an annual 3-day event for up to 500 participants. Entrants are encouraged to shoot wolves, coyotes and any other predators (technically including skunks, weasels and fishers), by cash prizes for the biggest wolf and the most coyotes.

The wholesale removal of predators is known to have negative impacts for entire ecosystems. Even the Idaho Department of Fish and Game (which permits wolf hunting) does not support “contests or similar activities involving the taking of predators which may portray hunting in an unethical fashion, devalue the predator, and which may be offensive to the general public.”

It is not just the unsporting nature of this event that is being challenged. It is also that the BLM is not doing it’s job to protect sensitive species, wilderness study areas and the ecological health of the land. Advocates for the West is representing Defenders of Wildlife in this case, working closely with lawyers representing the Center for Biological Diversity, Western Watersheds Project and the Project Coyote.