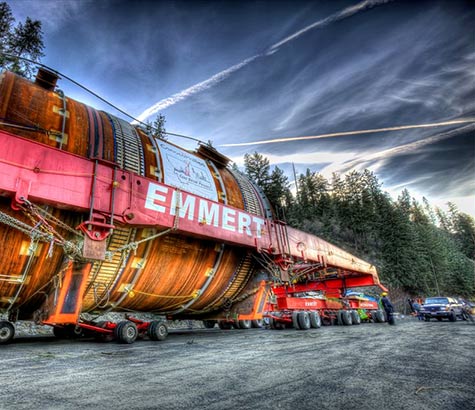 In an Amended Complaint filed late June 15, 2011, the Federal Highway Administration (FHWA) was added to the case against the US Forest Service for failing to protect the Northwest Scenic Byway and Wild & Scenic Clearwater/Lochsa Rivers of north central Idaho from degradation by “mega-loads” bound for the Alberta Tar Sands in Canada.

FHWA violated its responsibilities by refusing to enforce transportation laws, the Corridor Management Plan, and the terms of the Highway Easement Deed to prevent the expansion of the easement.  The United States Forest Service violated its duty to protect the Wild and Scenic qualities of the gorgeous river corridors by approving unnecessary tree trimming in the Clearwater National Forest.

The Middle Fork Clearwater/Lochsa Rivers were among our country’s first rivers to be designated Wild & Scenic by Congress which later led to FHWA designating Highway 12 a scenic byway and All-American Road.

This case challenges the U.S. Forest Service’s violation of its duties to preserve and protect the Lochsa and Clearwater Wild and Scenic River corridor and the Clearwater National Forest from the oil industry’s “mega-loads” of industrial equipment. The Idaho Transportation Department has given Exxon Mobil permits to haul over 200 massive loads of industrial equipment bound for the Alberta Tar Sands through areas that the Forest Service is bound to protect.

Located in north central Idaho, the Lochsa and Clearwater rivers were two of the first rivers designated for protection under the Wild & Scenic Rivers Act of 1968, championed by the late Idaho Senator Frank Church. The rivers are vital to protected bull trout, salmon and steelhead trout. The region is a mecca for white water boaters, angler, campers, and recreationists of all kinds who support Idaho’s tourist economy.

The oil industry wants to convert this special place into an industrialized, high-and-wide route for “mega-loads” of equipment so huge that they take up both lanes of the highway, result in a “rolling roadblock,” and damage nearby cliffs and trees as they attempt to squeeze through the narrow river canyon.

“We have a responsibility to protect the Clearwater and Lochsa – the way we see them now and the way we enjoy them now – for our children and for their children.  The Forest Service shares that responsibility and should be leading the charge for protection,” said Idaho Rivers United Conservation Director Kevin Lewis.

This case was argued in federal court by Laird Lucas on February 6 before U.S. Chief District Judge Winmill and just a day later, on February 7, 2013, Judge Winmill handed down final judgement in favor of Idaho Rivers United and Advocates for the West, ruling that the Forest Service does has the authority to intervene and protect the Wild and Scenic river corridor and that they failed to do so under the Wild and Scenic Rivers Act of 1968.