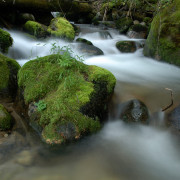 On August 2, 2016, the U.S. District Court ruled in our favor, finding that a Forest Service decision approving a mining company’s plan to deploy bulldozers, dump trucks and drilling rigs miles inside the Frank Church-River of No Return Wilderness violates the Wilderness Act, the National Forest Management Act and the National Environmental Policy Act.

The court decision invalidates the company’s mining plan and requires the Forest Service to conduct further analysis of the proposed mining exploration and evaluate less invasive alternatives for activities in the Wilderness.

On July 7, we filed a lawsuit against the Forest Service for its final decision to allow AIMMCO to perform needlessly destructive mining exploration within the Frank Church Wilderness on the Big Creek headwaters. The new decision would allow for the mining company to use dump trucks, bulldozers and drilling rigs to open roads, clear drill pads and excavate trenches in the Wilderness. It would also allow 24-7 drilling operations supported by 571 motor vehicle incursions per exploration season for three years.

Advocates for the West is challenging a mining company’s plan to deploy bulldozers, dump trucks, and drill rigs inside the Frank Church-River of No Return Wilderness.

The Forest Service released a Draft Record of Decision in December 2014 approving a proposal by American Independence Mines and Minerals (AIMMCO) to perform the industrial-scale mining claim validation work at the Golden Hand site in central Idaho, 40 miles northeast of McCall. The mining claims are inside the Frank Church Wilderness and in the headwaters of Big Creek, which flows into the Middle Fork Salmon River.

The preliminary decision would allow AIMMCO to use dump trucks, bulldozers, and other machines to open roads, clear drill pads, and excavate trenches in the Wilderness. It would also allow AIMMCO to make 571 motorized vehicle trips into and through the Wilderness each year during the three-year project. And during the three-month summer drilling season, AIMMCO would be allowed to operate drill rigs 24-7.

The stated goal of AIMMCO’s proposal is to conduct additional mineral sampling to determine if the claims in question are in fact valid mining claims. Validating these claims is a necessary step for the mining company to proceed with any exploration, development, or production plans in the Wilderness. Previously, the Forest Service denied AIMMCO’s request to undertake a limited amount of claim validation work at Golden Hand. However, a 2002 court decision instructed the Forest Service that, under the Mining Law of 1872, AIMMCO had the right to perform some mineral sampling on these claims. At the same time, the court warned that AIMMCO would have to scale back its original proposal to meet the Forest Service’s duties to minimize impacts to wilderness and to avoid needlessly destructive activities. Nevertheless, the Forest Service now plans to approve much more extensive and intrusive activities than AIMMCO previously proposed.

On March 13, 2015, we filed administrative Objections (linked below) to the Payette National Forest’s preliminary decision. Advocates for the West, along with the Western Mining Action Project, represent the Idaho Conservation League, the Wilderness Society, Earthworks, Wilderness Watch, and Friends of the Clearwater. We are asking the Payette Forest Supervisor to reconsider the excessive scope and scale of exploration activities and to implement precautions to minimize impacts on wilderness, wildlife habitat and other people using the area.