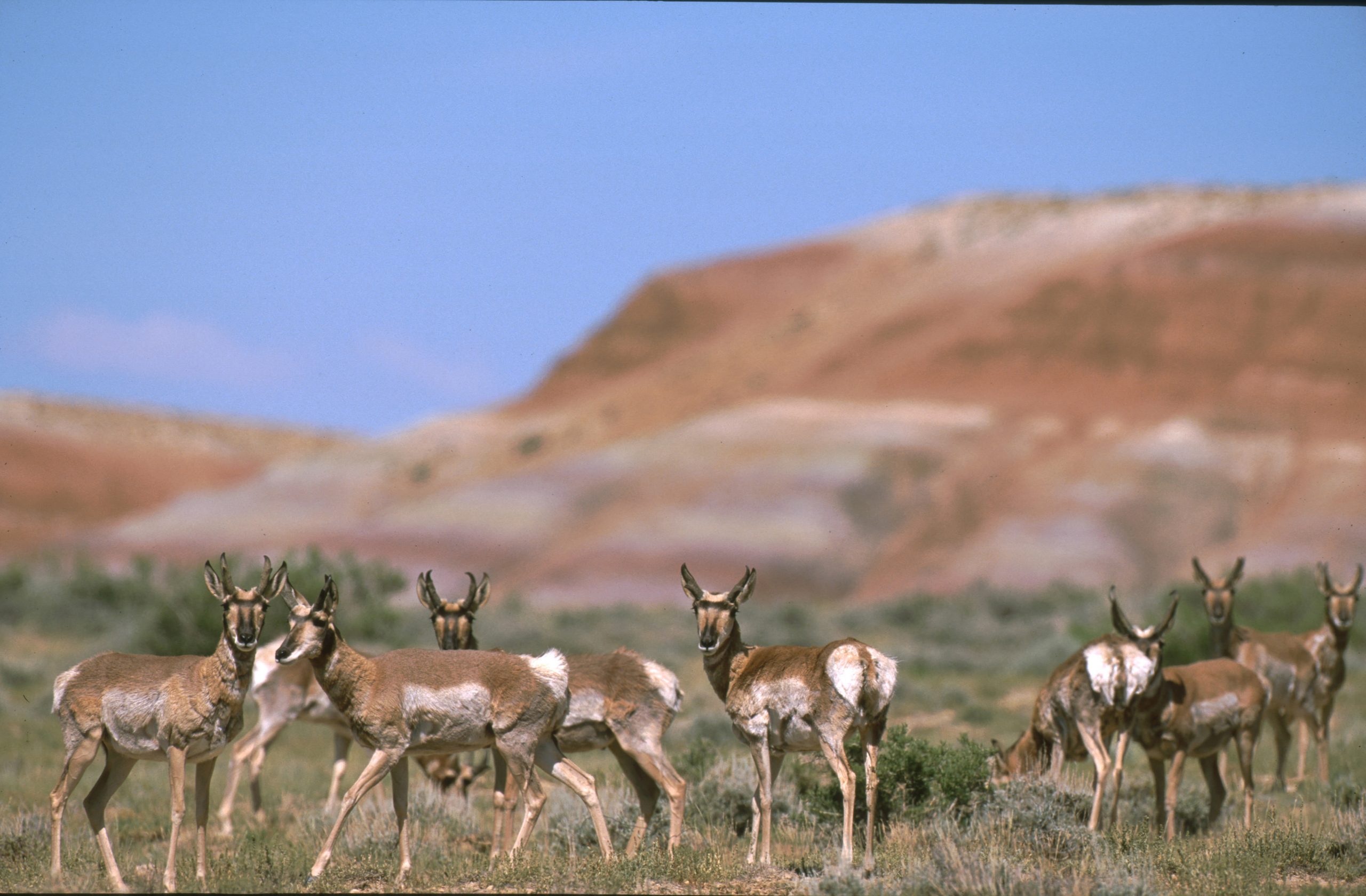 October 28, 2022 — Advocates for the West filed our opening brief on appeal, requesting that the Court reverse the judgment of the district court and remand with instructions to vacate the NPL project’s record of decision and environmental impact statement.

May 10, 2022 — Advocates for the West filed a notice of appeal following a decision by the Court to uphold approval of the NPL project, which would allow 3,500 oil and gas wells in critical sage-grouse habitat and fragment the “Path of the Pronghorn” winter migration route for pronghorn antelope in southwestern Wyoming.

February 19, 2020 – Advocates for the West filed a legal petition challenging the Trump administration’s plan to allow 3,500 new gas wells in southwestern Wyoming. The massive frack-field expansion could block the ancient Path of the Pronghorn and prevent access to winter ranges that the animals need to survive.

The petition, filed in U.S. District Court in Casper, states that BLM approved the 140,000-acre Normally Pressured Lance project without properly analyzing the potential harm to pronghorn and greater sage-grouse from well pads, roads, pipelines and other infrastructure.

The plan allows Jonah Energy to develop 350 gas wells annually over 10 years within a 220-square-mile area of sagebrush habitat that pronghorns and sage-grouse rely on for their survival. The larger Sublette pronghorn herd, which includes the Grand Teton herd, also uses the project area for migration and crucial habitat.

The pronghorn migratory path is one of North America’s last remaining long-distance land migrations and one of the longest in the western hemisphere. While the path’s northern reach to Grand Teton National Park is federally protected, its southern section has been narrowed by two neighboring gas fields.

More than a third of the Jonah Energy project is also in key greater sage-grouse habitat, which includes breeding grounds. Almost one-fifth is in the birds’ only state-designated winter concentration areas in Wyoming. During many winters 1,500 or more sage grouse gather there to forage on taller sagebrush stands above the snow, their only food source during Wyoming’s severe winters.