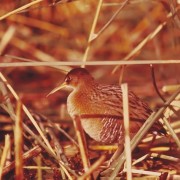 Just this week, the U.S. District Court for the District of Arizona ruled in our favor in the Fossil Creek case challenging a U.S. Forest Service plan to allow livestock grazing in habitat for the threatened Chiricahua leopard frog in central Arizona’s Coconino National Forest.

The court held that the Forest Service violated the National Environmental Policy Act (NEPA) and the U.S. Fish and Widlife Service violated the Endangered Species Act (ESA). This case will force the agencies to reexamine their grazing systems to ensure that the ecological needs of the forests and imperiled wildlife species are met before permitting livestock in these fragile desert ecosystems.

Stay tuned, though, because this case may just be getting interesting as the parties are commencing the remedies phase of this litigation, which means that Advocates for the West will be asking for some injunctive relief modifying or barring livestock grazing until the agencies comply with the law.

Advocates for the West attorney Todd Tucci represented our conservation partner Center for Biological Diversity in this case.

On June 1, 2010, Advocates for the West sued the Forest Service and the U.S. Fish and Wildlife Service to protect the threatened Chiricahua leopard frog, Lithobates [Rana] chiricahuensis, from livestock grazing in the Fossil Creek watershed of central Arizona.  Advocates’ Senior Attorney, Todd C. Tucci, is representing the Center for Biological Diversity in this lawsuit.

Challenge to Forest Service grazing management in Fossil Creek Range allotment of the Coconino National Forest in central Arizona, which is harming habitat for the threatened Chiricahua leopard frog, Yuma clapper rail, Southwestern willow flycatcher and other imperiled species. The grazing also impairs wilderness values of the Fossil Springs and Mazatzal Wilderness Areas by causing soil erosion in steep slopes and degrading riparian habitats. We are representing Center for Biological Diversity, which has long advocated for responsible grazing to protect species and habitats in this remarkable diverse area.

As of January 2012, the case is fully briefed and awaiting decision by US Court of Appeals Ninth Circuit Judge Wallace Tashima, who was assigned to the case after Chief District Judge John Roll was assassinated in Tucson in 2011.

On January 23, 2012, Judge Tashima found in favor of our plaintiff, Center for Bioligical Diversity. Read the attached decison for details.

In 2013 the Forest Service and Fish and Wildlife Service issued new decisions seeking to fix the problems found by the court. However, the agency’s decisions fell short of our expectations and on January 17, 2014 Senior Attorney Todd Tucci filed our First Supplemental Complaint on this issue.

On June 26, 2015, the Court again ruled in our favor and agreed that the Forest Service’s grazing scheme on the Fossil Creek allotment will adversely modify Chiricahua leopard frog habitat.