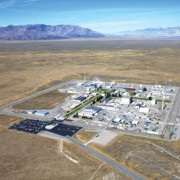 
Public right to information under FOIA

On August 8, 2016, the Court ruled in our favor and agreed that DOE’s claims of privilege are not substantiated with regard to the documents they redacted. The Court faulted DOE for using blanket language to invoke deliberate process and attorney client privileges, and required DOE to submit all the documents – un-redacted – for the Court’s in camera review within a week.

On April 4, 2016, Advocates for the West filed a Motion for Summary Judgment in this case, requesting that DOE release the redacted information it submitted in its initial response to Governor Andrus’s FOIA request.

September 29, 2015- Advocates for the West filed suit against the U.S. Department of Energy (DOE) on behalf of former Democratic Governor Cecil D. Andrus in an effort to force the federal agency to comply with the federal Freedom of Information Act (FOIA) and publicly share information DOE has refused to release relating to proposed shipment of commercial spent nuclear fuel (SNF) to the Idaho National Laboratory (INL).

Andrus is seeking “injunctive and other appropriate relief and seeking the disclosure and release of agency records improperly withheld.” The complaint notes that, “Numerous newspaper articles and opinions in Idaho have attempted to shed light on this issue. DOE has responded to the media’s attention by spinning the issue as a matter of supporting jobs at INL, rather than dealing with nuclear waste in Idaho…Although DOE has attempted to minimize the significance of the proposed commercial spent nuclear fuel shipments by describing them as ‘research quantities,’ DOE has briefed Idaho’s Leadership in Nuclear Energy (“LINE”) Commission on the possibility of future ‘research’ at INL involving more than 20 metric tons of spent fuel.”

In March of 2015, Advocates for the West announced it would be representing both Andrus and former Republican Governor Philip E. Batt in a legal effort to block shipments of commercial spent nuclear fuel rods to INL, as stipulated in the 1995 Batt Agreement. Read more about this work here.