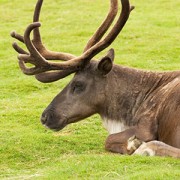 On May 23, 2014, Laurie Rule filed a Summary Judgement brief in this case.

On March 23, 2015, we received a favorable ruling from Judge Lodge, stating that the US Fish and Wildlife Service did not provide the public with enough time to comment on the agency’s decision to drastically reduce the protected caribou habitat from over 375,000 acres down to a mere 30,010 acres.

Advocates for the West is representing six conservation groups in a case challenging the US Fish and Wildlife Service’s decision to cut more than 93% of proposed protected critical habitat for the endangered mountain caribou from 375,562 acres (which was the result of our last round of litigation on this issue) to a mere 30,010 acres.

In recent decades, the struggling caribou population has dwindled to a final herd, which survives only in the northern region of Idaho, northeast Washington and a small section of Canada. This final population was protected under the Endangered Species Act in 1984, but no critical habitat was ever designated.

In 2009 we won a suit against the US Fish and Wildlife Service demanding that it close the majority of the caribou’s winter habitat and that the agency prepare a long-term management plan. The proposed 375,562 acres was part of that proposed plan, and the agency’s decision to reduce the proposed area to 30,010 acres has prompted this new round of litigation.

On September 16th, 2014, Senior Attorney Laurie Rule filed a reply brief in this case, attached below.