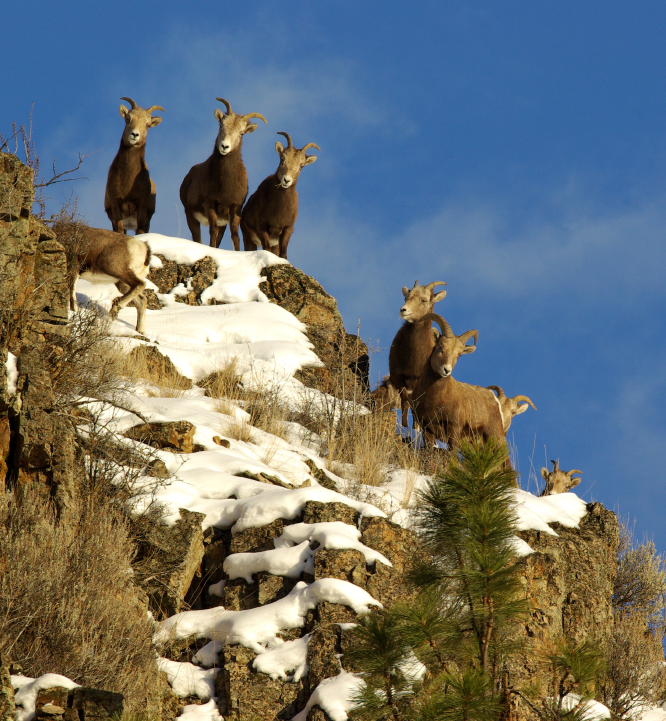 June 14, 2012 – In a court hearing, Judge Winmill ruled from the bench in favor of protecting bighorn sheep on the Payette National Forest.

The Forest Service had decided in 2010 to close almost 70% of the Payette National Forest to domestic sheep grazing to protect the native bighorn populations in the area from disease carried by domestic sheep, and phased those closures in over three years.  However, the agency did not implement the planned closures for 2012 in reliance on language from an appropriations rider introduced by Representative Mike Simpson.

Advocates for the West challenged the Forest Service’s decision to authorize grazing on allotments that were scheduled to be closed in 2012. The Court found that the Forest Service’s interpretation of the rider was not reasonable. The plain language of the rider was clear that the Payette direction from 2010 should be carried out this year, and the evidence of Congressional intent likewise supported that reading of the rider.  The Court therefore granted the Plaintiffs’ injunction motion and grazing on these allotments will not occur this year, helping to protect these precious bighorn sheep populations.

We brought this case in March 2007 to prevent the Forest Service from authorizing domestic sheep grazing in allotments on Payette and Nez Perce National Forests that pose a “high risk” of spreading diseases that kill Rocky Mountain bighorn sheep, which are native to the Hells Canyon and Salmon River region of central Idaho.  Our litigation relies on science from the Forest Service and other agencies documenting that domestic sheep spread fatal diseases to bighorn sheep; yet political pressure prevented the agency from closing the allotments to protect the bighorn sheep populations.

In response to several injunction motions we filed, the Forest Service temporarily closed the allotments to sheep grazing; and undertook a new EIS process to close them permanently.