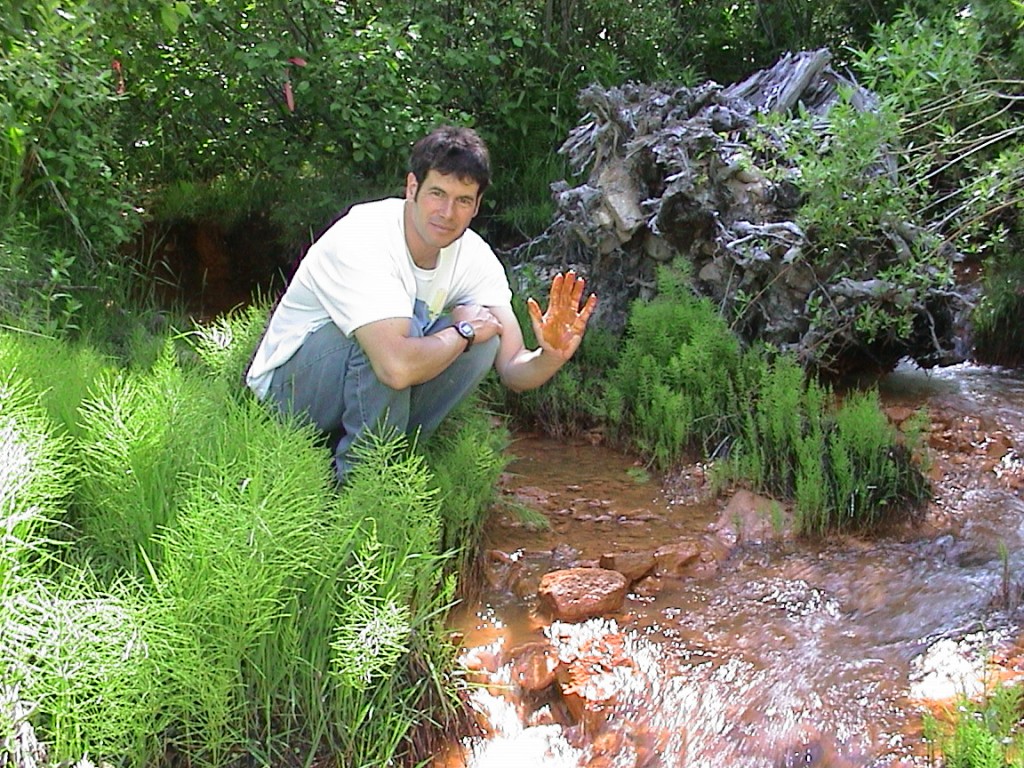 Late July 19, 2012, Advocates for the West received a strong decision from US District Court Judge Williams in our case against Atlanta Gold Corporation for its ongoing pollution of the treasured Boise River watershed.

Judge Williams ordered Atlanta Gold Corp. to come into compliance with the Clean Water Act by October 31, 2012 and ordered it to pay at least $2,000,000 in penalties to the US Treasury, as a remedy for more than two thousand violations of the Clean Water Act in Montezuma Creek, a tributary of the Middle Fork Boise River, near Atlanta, Idaho.

Atlanta Gold has been trying for years to open a gold mine near the town of Atlanta, Idaho. It controls a site at the mouth of an adit (mining tunnel). The water flowing from the adit is highly contaminated with arsenic and iron. For almost 3 years, Atlanta Gold has discharged arsenic far above its permitted levels. In January 2012, the Court determined that Atlanta Gold was liable under the Clean Water Act for its violations.

In yesterday’s ruling setting penalties, the Court criticized Atlanta Gold Corp. for delaying cleanup actions for years to save money.

As the Court put it:

“Water is the West’s most precious resource. Keeping Idaho’s waters sufficiently clear of toxic elements so that they can support all the beneficial uses for which the State has designated them is a critical public interest that profoundly outweighs a company’s bottom line.”

“Today the court reaffirmed our conviction that the Boise River is more precious than gold,” said John Robison, of plaintiff Idaho Conservation League. “Requiring Atlanta Gold to take active steps to stop arsenic pollution after years of delay is a huge step forward in protecting this irreplaceable resource.”

Following our win on the merits earlier this year, Advocates for the West asked the District Court of Idaho to hold Atlanta Gold accountable for its Clean Water Act violations by ordering it to clean up its act within 90 days and pay about $3.5 million in penalties to the federal treasury.

Judge Williams will hold argument on this issue of the appropriate remedy for Atlanta Gold’s violations on Monday, June 4 at 9:30 am in the Boise Federal Courthouse at 5th and Fort Streets. Advocates attorney Kristin Ruether will argue for our clients Idaho Conservation League and Northwest Environmental Defense Center (NEDC).

Following our win on the merits earlier this year, Advocates for the West has asked the District Court of Idaho to hold Atlanta Gold accountable for its Clean Water Act violations by ordering it to clean up its act and pay about $3.5 million in penalties to the federal treasury.

Specifically, we asked the Court to order Atlanta Gold to begin complying with its Clean Water Act permit in 90 days.  This should spur Atlanta Gold to finally install an effective treatment plant to remove more arsenic and iron from its effluent flowing from a mine adit.

Advocates for the West represents Idaho Conservation League and Northwest Environmental Defense Center (NEDC) in this action.  NEDC also serves as our co-counsel in the action.

The Idaho Conservation League and Northwest Environmental Defense Center, represented by Advocates for the West, had brought a Clean Water Act suit against the company for illegal discharges of arsenic and iron.

“From fishermen to families, this is a huge victory for everyone who values clean water,” said Andrew Hawley with the Northwest Environmental Defense Center.

“This is a strong message to Atlanta Gold ­ and to any other Canadian mining company that wants to open up shop in Idaho ­ that the public will hold them responsible if they pollute Idaho’s rivers and streams,” said John Robison, Public Lands Director of the Idaho Conservation League. “Mining companies who promise one thing and then try to walk away and leave the public with
polluted and expensive cleanup costs are not welcome here.”

Atlanta Gold had previously committed to cleaning up the arsenic. Following a settlement with the Idaho Conservation League over the arsenic pollution, Atlanta Gold constructed a pilot water treatment facility and obtained a permit from the EPA which limited the amount of arsenic they could release.

However, Atlanta Gold never complied with the terms of the permit. At times, the arsenic levels were more than 400 times Idaho’s drinking water standards. The Boise River provides over 20% of the City of Boise¹s drinking water.

Atlanta Gold tries to get out of cleaning up its aresenic

After Advocates for the West filed a lawsuit on behalf of the Idaho Conservation League, Atlanta Gold suddenly wants to abandon their responsibility to clean up after itself.  Arsenic and heavy metals from the mine’s adit are currently leaking into Montezuma Creek, a tributary of the Middle Fork Boise River.

Atlanta Gold is now claiming that because the Forest Service permit for this particular adit has expired they are no longer responsible for the cleanup.  Meanwhile the Candian mining company continues to explore other mines in the same area on hundreds of acres of our public lands.

Read the recent Idaho Statesman article and editorial below.  Your comments are valued and appreciated.

After a 2005 lawsuit by Advocates for the West on behalf of Idaho Conservation League, Atlanta Gold agreed to get a permit under the Clean Water Act for pollution discharging from a mine adit near Atlanta, Idaho into Montezuma Creek, a tributary of the Middle Fork Boise River.

Atlanta Gold got its permit, but the pollution levels of arsenic and iron have been in near-constant violation of its terms.  Advocates for the West has teamed up with the Northwest Environmental Defense Center and the Idaho Conservation League to enforce the Clean Water Act. We filed a new action in spring 2011.

On January 9, 2012, the District of Idaho federal court ruled in our favor, finding that Atlanta Gold was responsible for hundreds of violations of its permit.  The next step is to determine how Atlanta Gold should come into compliance, and what size of penalty is appropriate.

See “Updates” below for the latest on the Atlanta Gold case.