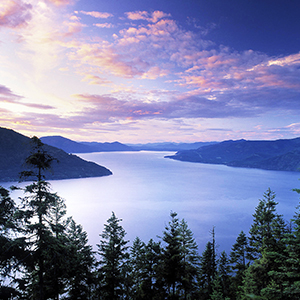 On December 27, 2013, Advocates for the West filed a Reply Brief with the Ninth Circuit Court of Appeals in the Albeni Falls case.  This wraps up briefing in Idaho Conservation League’s challenge to the Bonneville Power Administration’s proposal for new winter operations at the Albeni Falls Dam. As the brief shows (see link below), BPA failed to examine the potential impacts of fluctuating winter water levels on Lake Pend Oreille’s ecologically rich shoreline.

On June 26, 2016, the Ninth Circuit Court of Appeals issued an opinion denying our Petition for Review.  We filed the Petition on behalf of the Idaho Conservation League, challenging the Bonneville Power Administration’s decision to adopt new winter operations at the Albeni Falls Dam in North Idaho.  Under the new operations, Lake Pend Oreille would be raised and lowered throughout the winter, furthering the spread of invasive weeds and erosion of important shoreline wildlife habitat around the Lake already occurring due to the Dam. In the opinion, the Court held that the new winter operations did not constitute the kind of change in the dam’s operations that trigger the requirement to prepare an environmental impact statement.

While the Court denied our Petition, it noted that the spread of the invasive aquatic weed “flowering rush” may indeed be a significant problem requiring further environmental analysis.  Advocates for the West will continue to work with ICL to protect the ecosystem of North Idaho’s majestic Lake Pend Oreille from invasives and shoreline erosion caused by the Dam’s operations.

Advocates for the West filed a petition for review in federal appeals court challenging the Bonneville Power Administration’s approval of  “flexible winter operations” at the Albeni Falls dam, which will allow sharp variations in the lake levels of Lake Pend Oreille, one of the largest lakes in North America, adversely impacting native species, causing erosion, and harming recreation and property owners.