Big Win for the Boise River! 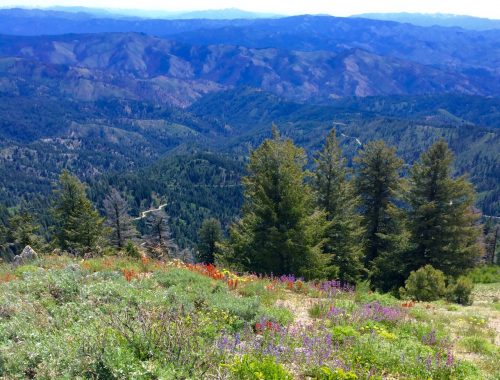 Federal Court rules, for the second time, that approval of the CuMo Mine Exploration Project violates Federal Law.

On Monday, July 11th, Advocates for the West secured a federal court victory for the second time in our ongoing battle to keep Canadian mining company “American CuMo” from developing in the Boise River watershed what it claims could be the largest open pit molybdenum mine in the world.

In 2012, the District Court ruled that the Forest Service had not taken an adequate look at the project’s impacts on groundwater. The Boise River watershed provides more than 20% of Boise’s drinking water supply.

This time it was a rare flower, Sacajawea’s bitterroot, that placed the mine exploration on hold; the CuMo site is home to the largest known concentration of the plant. The Court stated in its decision: “What is known and recognized… is that [Sacajawea’s bitterroot] is very rare, a large portion of its population is located within the Project Area, it is protected, and its future is at risk.”

Under the CuMo Exploration Project, CuMo would construct 10 miles of new roads and 137 drill pads to drill 259 deep exploration holes in the Boise National Forest – including within Sacajawea’s bitterroot habitat – to map the site’s mineral resources.

“Our environmental laws require scientific rigor, public involvement, and protecting imperiled species like Sacajawea’s bitterroot,” said Bryan Hurlbutt, our staff attorney on the case. “The court’s decision sends a strong message to the Forest Service and CuMo that they cannot cut corners.”

This fight is not over, but yesterday’s ruling is a major victory for the Boise River and half of Idaho’s population, who live downstream of the CuMo site.

Advocates for the West thanks our co-counsel, Roger Flynn of the Western Mining Action Project, and our clients: Idaho Conservation League, Idaho Rivers United, and Golden Eagle Audubon Society.