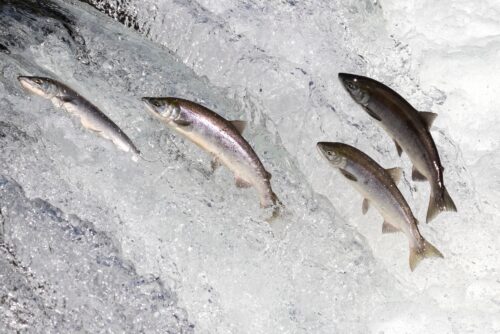 The Bonneville Power Administration (BPA) today finalized its decision on how to distribute more than $500 million in surplus revenues gathered from power sales in 2022. The decision affirms the agency’s proposal to spend only 10% ($50 million) of these revenues on fish and wildlife projects.

Most of the revenues (70%) will be returned to BPA’s customers to reduce rates, while the remaining share (20%) will be used to reduce the agency’s multi-billion dollar debt load. The meager share dedicated to fish and wildlife is a serious failure, as urgently needed salmon and steelhead recovery projects continue to go underfunded and most wild populations of these fish in the Northwest slide closer to extinction. The Biden administration, despite its oversight of BPA and involvement in long-running litigation around salmon and dams, also failed by allowing BPA to stick with its proposed allocation of these funds.

“Today’s decision by BPA and the Biden administration is a failure,” said Idaho Conservation League Salmon & Steelhead Associate Mitch Cutter. “This year, the administration committed to effective, creative solutions to begin restoring salmon and steelhead to abundance. What we’ve seen today is more business as usual. BPA is nickel-and-diming the Northwest’s iconic fish to extinction, profiting off of the very dams that are killing the fish, and the Administration is letting them get away with it.”

BPA’s preliminary proposal received comments from multiple conservation organizations, sovereign Tribes, and the states of Oregon and Washington. These comments uniformly asked for a larger share of surplus revenues for fish recovery programs, which states and Tribes manage. Many of these programs have been strategically defunded since 2018, as the agency sought to “control costs” by maintaining flat spending levels for fish and wildlife projects. This strategy and inflation have had devastating effects on states and Tribes, forcing employees to work under substandard pay and undermining the effectiveness of recovery projects. Some new priority projects, like reintroducing salmon into the Upper Columbia River—from which they’ve been blocked since the 1930s—went completely unfunded.

“For years, regional fish recovery programs have gone underfunded because of BPA’s business struggles. Now, when the agency finally has one good financial year, salmon get shorted again,” continued Cutter. “Under law, BPA must demonstrate ‘equitable treatment’ for fish and wildlife alongside power, transmission, and other areas. This decision flies in the face of that mandate.”