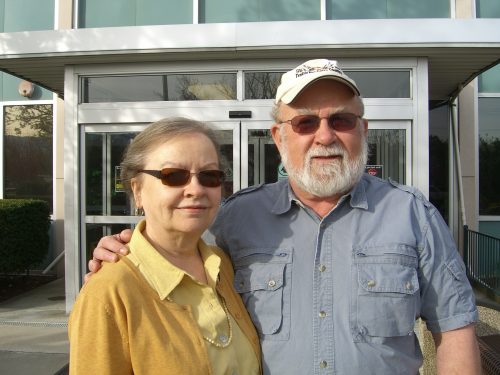 Our Board of Directors is pleased to announce that Linwood Laughy is the new Board President of Advocates for the West!

A long-time resident of Idaho’s Clearwater Valley, Lin has guided over 5,000 heritage travelers in north-central Idaho as an outfitter and through such organizations as Lindblad Expeditions/National Geographic.

Lin cherishes his rural lifestyle beside the Middlefork of the Clearwater River with his wife, Borg Hendrickson. Both Lin and Borg are accomplished authors; they co-authored Clearwater Country!: The Traveler’s Historical and Recreational Guide, and both have been published in periodicals such as High Country News (read Borg’s latest HCN article below).

Lin and Borg are also co-founders of Fighting Goliath – an active client group in our successful challenge to keep “mega-loads” of refinery equipment destined for the Canadian oil fields from traveling up Highway 12’s Wild and Scenic River corridor.

Lin is a former public school and university educator in Alaska; he is an honors graduate of Harvard College and holds masters and doctoral degrees from the University of Montana.

Our Board of Directors and the staff give tremendous thanks and gratitude to outgoing Board President Eric Younger for his many years of leadership and insight.

During his tenure as President, Eric helped Advocates for the West grow significantly by setting in place a sustainable business model that has allowed us to bring on invaluable new members to our attorney and administrative staff and resulted in the steady growth of our dedicated base of supporters.

We are honored by Eric’s generous service to Advocates for the West, and happy to announce that he will continue to sit on the Board as our new Treasurer.