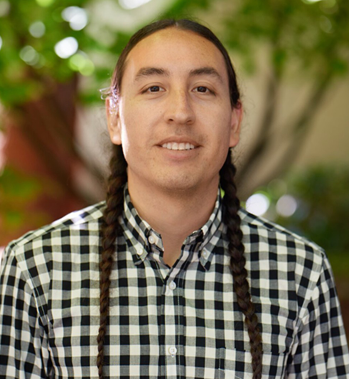 Joel Moffett is a citizen of the Nez Perce Tribe and was raised on his Tribe’s reservation in Idaho and Minneapolis, MN. He currently serves as the Director of Environmental and Special Projects at Native Americans in Philanthropy.

As a Tribal professional, he has dedicated over 15 years to successfully developing, advocating for, adopting, and implementing natural resource protection and management policies with Tribes in the Pacific Northwest and throughout the United States. He has a deep knowledge of tribal sovereignty and treaty rights gained from extensive experience in Tribal government as an elected official and in Tribal relations as staff at inter-tribal organizations. He is a proven coalition builder with a broad network of authentic relationships with both Tribal leaders and public sector leaders.

As a former Tribal leader, Joel served eight years on the Nez Perce Tribal Executive Committee which included the positions of Vice Chairman and Treasurer. Most recently, Joel was the Natural Resources Policy Coordinator for the Affiliated Tribes of Northwest Indians (ATNI). Joel lives in Suquamish, WA with his two children.