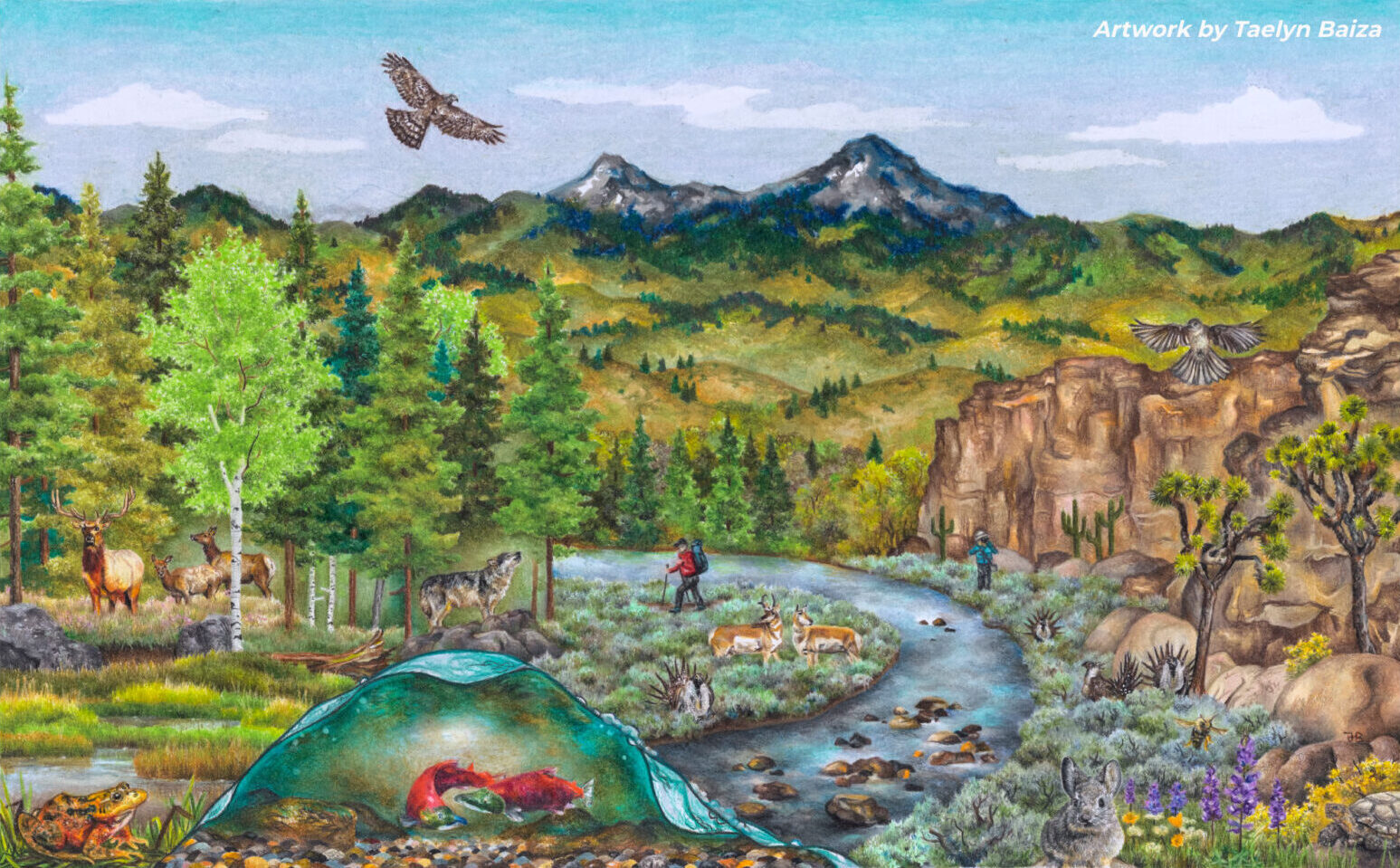 How We Add Up For The West

Advocates for the West is celebrating our 20th anniversary in 2023. To mark the occasion, we’re taking a trip down memory lane to recount the story of our origin, our early advocates and partners, and major milestones.

Innovation demands the nerve to test new concepts. To take a new direction.

That was the motivation on January 1, 2003, when five environmental lawyers branched out from the Land and Water Fund of the Rockies to launch Advocates for the West. They included our longtime Executive Director Laird Lucas, Senior Attorneys Laurie Rule and Todd Tucci, Judi Brawer, and Bill Eddie.

The seeds were planted ten years prior. In June 1993, Laird ventured to Idaho to serve as the state director for the Land and Water Fund and to engage in the Snake River Basin Adjudication, a lengthy administrative and legal process to determine the water rights in the Snake River basin drainage. But the focus of the Idaho office quickly expanded to protection of public lands, including fighting massive timber sales in Idaho’s Clearwater River basin—opening the door to funding from Lazar, Bullitt, and Harder foundations, whose support would prove key to Advocates for the West’s future success—and defending important habitats from harm caused by livestock grazing.

Early on, Advocates for the West joined forces with Western Watersheds Project to bring innovative litigation in state and federal courts challenging damaging livestock grazing decisions. That work attracted attention from conservation-minded donors whose vision and generosity remains key to our work to this day. These early supporters included Gordon Younger, a Seattle businessman and philanthropist who sadly passed in 2017, but whose son Eric Younger now serves as our board chair, and Sun Valley’s Ann Down, whose generous support led to the hiring of Todd Tucci in 2001.

Raised on the East Coast and having worked previously for a Boston law firm, Todd moved to Idaho in April 2001 to work with Laird in pioneering new strategies for lasting protections of iconic species and special places throughout the West. A year later, Laurie Rule—a former fish and wildlife biologist with the Forest Service—was nearing completion of a law clerkship and reached out to inquire about a job. What began in September 2002 as month-to-month legal work would find Laurie in the midst of Advocates for the West’s official launch. In the years that followed, Laurie established Advocates for the West’s Portland office as the organization’s focus continued to spread across the American West.

Following Advocates for the West’s formation, Bill Eddie and Judi Brawer pursued other opportunities, but Laird, Laurie, and Todd’s work defending western public lands—and the species and communities that depend on them—from grazing, logging, mining, and oil and gas extraction proved successful time and again in federal court. With these successes, Advocates for the West was growing steadily.

The organization’s budget has now grown to more than $2 million as we strengthen longstanding relationships with supporters, develop new relationships with foundations, and respond to a strong demand for our service by bringing on additional legal and support staff. Our earliest allies in conservation such as Western Watersheds Project and the Idaho Conservation League remain by our side, even as we have expanded our network to more than 75 partners, including conservation organizations, Native American Tribes, and activists. Over the years, Advocates for the West also has served to train young public interest and environmental lawyers. Many of our law clerks and interns have gone on to impressive careers litigating to protect the environment.

Today, Advocates for the West is taking on—and winning—some of the toughest legal battles we have waged during our 20 years of defending the West. We set national precedent when we halted plans by the Bureau of Land Management to sell off oil and gas leasing permits in priority sage-grouse habitats across the West; our swift legal action halted oil and gas leases just outside of Bears Ears and Canyon of the Ancients National Monuments; we won a sweeping lawsuit against the U.S. Army Corps of Engineers forcing the agency to address poor management of dams in the Willamette River basin that are threatening the extinction of wild salmon and steelhead; and much more.

From defending imperiled species to safeguarding important cultural resources, Advocates for the West remains a potent force for the defense of wildlife and wild places in the West. We never could have done it alone.

Thank you to all of our supporters and partners!

Advocates for the West has won several precedent-setting cases to protect tens of millions of acres of public lands across the West’s delicate and biodiverse high desert landscape, blocking the Trump administration’s “energy dominance” plans to allow expanded drilling, mining, livestock grazing, and other destructive activities within sensitive habitat areas. Known collectively as the Sagebrush Sea, this unique ecosystem spans the interior West and is home to more than 350 native and endemic wildlife and plant species. Our legal efforts include fighting to protect sage-grouse, pronghorn antelope, Lahontan cutthroat trout, and myriad more that call the Sagebrush Sea home.

In a fight that spanned many years, we protected the Clearwater-Lochsa Wild and Scenic River corridor, one of the nation’s premier scenic routes through the largest wilderness ecosystem in the lower 48 states, from becoming a thoroughfare for Big Oil “mega-loads”—massive shipments of oil refinery equipment bound for the Canadian tar sands. This wild heart of Idaho is beloved for its natural beauty, abundant fish and wildlife, world class recreation, Lewis and Clark expedition history, and Native American culture.

Over the years, Advocates for the West has successfully won protections for many threatened and endangered species. We are the leading defender of bighorn sheep, which are at risk for contracting a fatal illness from domestic sheep. Our victories have set strong legal precedent, which we are using to push for more bighorn sheep protections across the West. Our team also fights to protect critical salmon habitat. From the West’s largest rivers to some of the highest elevation salmon spawning habitat on the planet, we defend the streams at the most remote reaches where salmon return to spawn, and the mighty rivers that salmon use to make their journeys to and from the Pacific Ocean.

In 2012, we won the largest Clean Water Act (CWA) penalty ever awarded against a mining company in our citizen suit against Atlanta Gold in Idaho for its more than 2,000 violations of the CWA and failing to clean up historic mining pollution in the Middle Fork Boise River. This dirty mining project threatened native fish and wildlife, as well as drinking water supplies for Idaho’s largest metropolitan area. Thanks to our legal actions, this Canadian mining company is now effectively out of business—sending a strong message that water is more precious than gold.

In 2013, Advocates for the West won a lawsuit forcing the Forest Service to revise its travel management rule to require, for the first time, adoption of winter travel plans designating the specific areas and trails open to snowmobiles on National Forests, and closing all remaining areas. Prior to then, snowmobilers had virtual free rein on our forests, allowed to go anywhere their machines could carry them except designated Wilderness. Our victory has resulted in the protection of important habitat for wintering wildlife while preserving quiet recreation opportunities for skiers and snowshoers.

Advocates for the West is planning celebrations and special events throughout 2023. We hope you will help us celebrate!

Stay tuned to our News and Events pages throughout the year, as well as to our Facebook, Instagram, and Twitter channels, for updates. Together, we win for the West! 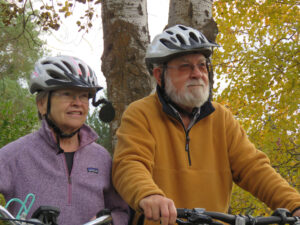 “What does one say to a pro-bono law firm willing to challenge Idaho’s governor, the Idaho Transportation Department, the U.S. Forest Service and one of the world’s most powerful corporations, ExxonMobil? At stake—the industrialization of the U.S. Highway 12 Clearwater-Lochsa Wild and Scenic River corridor and a potential threat to all Wild and Scenic Rivers in the nation. The result—an Advocates for the West win!

With a megaload of appreciation, congratulations, Advocates for the West, on your twentieth anniversary!” 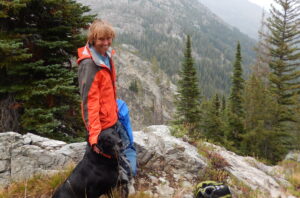 “Today there are many reasons I continue to support Advocates for the West, from its dedicated and talented staff to its winning record for the environment. However, 20 years ago the staff was considerably smaller and it had not yet established a track record, but I never doubted that it would become one of the most important environmental organizations in the West. My friendship with Laird and knowledge of his many successes with the Land and Water Fund gave me confidence in the new organization he was founding. But even more important than Laird’s reputation, I believed in Advocates for the West because their work is grounded in facts: facts of law and facts of science and I still believe that facts matter.“ 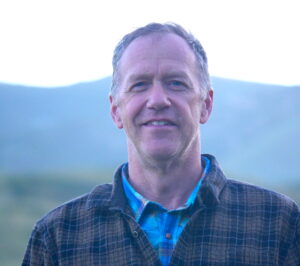 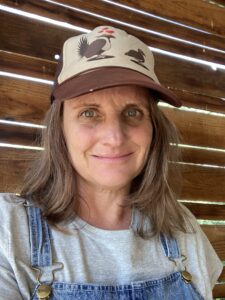 “Advocates for the West’s attorneys are fantastic allies in the fight to protect public lands and wildlife. I’ve come to rely upon their keen insight into and true commitment to the issues I care about, from public lands livestock grazing to sage-grouse and more. They are really a top-notch team and we’re lucky to have them on our side.”